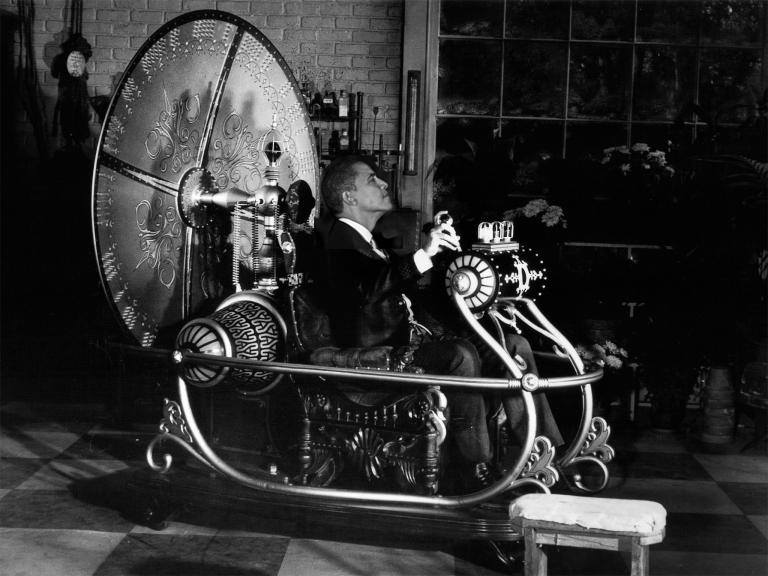 Washington, D.C. is filled with grand monuments to our cherished history. Behind closed doors, however, dark secrets fester in the shadowy bowels of the American body politic.

As the world’s leading cryptohistorian, I’ve recently uncovered startling facts hitherto shrouded in a seething morass of deliberate falsehoods. Through painstaking analysis of shredded documents (recovered, at no small risk, from a dumpster behind the National Archives) and unrelenting scrutiny of certain arcane texts, I’ve deduced the secret history of the U.S. presidency. Proceed, dear reader, only if you’re prepared to cast aside the garments of deception and gaze unflinchingly at the naked, quivering flesh of historical truth.

Contrary to popular belief, Washington did not have wooden teeth but rather dentures made of ivory. His jaws, thanks to an ingenious system of steel springs, could clamp down on his victim’s flesh with immense force.

The obese Adams, mockingly nicknamed “His Rotundity,” became increasingly spherical during his years in office. He grew into a perfectly round ball of flesh, able to roll at high speeds down the corridors of the newly constructed White House like a lethal bowling ball. Vice President Jefferson ended this reign of terror by inventing a dumb waiter and baiting it with a selection of pies. Once Adams rolled inside, Jefferson quickly locked the door.

Nullified the Alien and Sedition Acts, leading to widespread immigration by Martians and Venusians. Dispatched Lewis and Clark on arduous expedition to Roswell, New Mexico.

President by day, scientist by night, he experimented with electricity in an attempt to re-animate corpses. After achieving partial success using a kite during a thunderstorm, angry villagers burned down the White House. All records of his presidency were destroyed.

Elected in 1808 with the slogan “He’ll Keep Us Out of the War of 1812”. His administration was engulfed in controversy when he tearfully confessed that the First Lady, Dolley Madison, was only a life-sized inflatable doll.

Presided over the “Era of Good Feelings,” which saw a mild decline in witch-burnings and public whippings.

After finally dislodging himself from the dumbwaiter, John Adams adopted the arrogantly transparent alias “John Q. Adams” and terrorized the populace until he was elected in 1824.

Nicknamed “the Lion of Tennessee” for his mane of white hair and his habit of devouring political opponents.

Bewildered Dutch tourist who became president as a result of a drunken prank by the Electoral College’s Class of 1836.

Nicknamed “Old Tippecanoe” after he replaced Navy frigates with canoes as a cost-cutting measure.

His former lover, Queen Victoria, sent a regiment of her Clockwork Grenadiers to assist him in defeating the Skull and Bones Society in the Battle of New Haven, 1842.

During his administration, the familiar “Eye and Pyramid” symbol was first used on U.S. currency. The pyramid, based on Polk’s childhood home in Tennessee, replaced the goat-headed god Baphomet previously used as the Great Seal of the United States.

“Z-Tail” did not succeed in his attempt to rebrand the Whig Party as the “Rainbow Afro Wig” Party.

Strictly adhering to the platform of the “Know Nothing Party,” Pierce denied any knowledge of his own policies and refused to respond when called by name.

At nineteen feet tall, Lincoln was a typical North American Prairie Troll. He laid waste to Illinois before making his way to the capital to feed on lobbyists and interns. Vice President Johnson constructed a giant throne and sent a troop of Boy Scouts to guard it. After feasting on the delicious Scouts, Lincoln paused to digest his meal despite the approaching dawn, and was petrified by a ray of sunlight.

After he absconded with the contents of the U.S. Treasury, he was replaced by an animatronic device constructed by Hiram Disney for an early version of the “Hall of Presidents.”

Died in 1885, but revived in 1889 to settle the age-old question of “Who’s Buried In Grant’s Tomb?” Kept alive for months by transfusions of sheep’s blood and formaldehyde.

Usually described as a large, hairy, bipedal humanoid, little is known about this shy creature.

During his administration, “The Star Spangled Banner” became the national anthem, replacing the previous anthem, “Move Over, Mexico!” which in turn had replaced “Hail, Chtulhu.” Harrison had the first White House elevator installed, connecting the Oval Office to the Aztec catacombs directly below.

An ancient amphibian of unfathomable malevolence, this “Devourer at Twilight” still slumbers beneath the murky waters of the Potomac.

After failing to win an unprecedented third term in 1912, retired to Yosemite National Park and lived as a grizzly bear. Repeatedly mauled tourists until put down by park rangers in 1919.

White House physicians, concerned when Taft’s weight reached 330 pounds, discovered he was actually a meat puppet with an employee of Standard Oil hidden inside.

His “return to normalcy” emphasized traditional American values such as cannibalism and human sacrifice. In an attempt to summon Beelzebub, constructed a giant pentagram in Arlington, Virginia.

Notoriously taciturn, “Silent Cal” rarely spoke aloud, instead pantomiming his policies to the cabinet. Senators making telephone calls to the Oval Office heard only the sound of the President breathing.

His anti-litter campaign, involving a giant vacuum cleaner, backfired when his invention sucked all the money out of America.

America’s youngest president, he was only eight years old when he took office in 1961. Used trick photography, shoe lifts, and heavy makeup to appear older.

In 1967, while traveling the secret tunnels from the White House to the Vatican, he became disoriented and wandered until his flashlight gave out. Body never found.

Faked the moon landings to distract from his unpopular invasion of Mars.

Originally a Soviet sleeper agent, he switched his allegiance to Red China when Mao offered a higher salary and more vacation time.

The only president entirely made of wax, he retired to a lucrative post-presidential career at Madame Tussaud’s.

Doomed his bid for a second term by disparaging “voodoo economics,” thus losing support of zombie voters in swing states.

Constitutionally ineligible for the presidency due to his origins as a time-traveling killer cyborg, Schwarzenegger bench-pressed the Supreme Court until they ruled in his favor.

For years, he denied rumors that he was a reptoid intent on enslaving humanity. After crusading journalist Monica Lewinsky obtained DNA samples proving his extraterrestrial nature, Clinton was censured by Congress.

Elected in 2000 after public revulsion over the excesses of the Clinton years, particularly Star Wars Episode I: The Phantom Menace (1999).

Initially stymied in his quest for office due to his foreign birth, he traveled back in time to 1898 in order to engineer the unlikely annexation of the Kingdom of Hawaii into the United States. 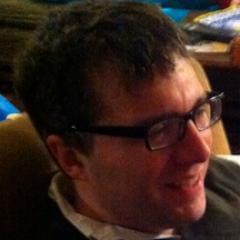 Oliver Buckram, Ph.D., lives in the Boston area where (under an assumed name) he teaches social science to undergraduates. His fiction has appeared in Beneath Ceaseless Skies, Interzone, and The Magazine of Fantasy and Science Fiction (F&SF), among other places. He urges you to keep watching the skies. Find out more at oliverbuckram.com.