The conquistador grunted, struck from behind by a gun-butt, and staggered, nearly falling to his knees in the mud. His native captors were armed with strange long-guns, of lacquered wood and gilt with fantastical dragon and phoenix designs no European had ever seen. The savage’s armor was of lacquered wood scales. Though he wore an elaborate headdress with adornment of feather and bone like some of the other natives encountered, it was atop a metal helmet that bore a fearsome protective mask.

A warband of these new raiders had fallen upon Bartolo and his weary explorers as they scrabbled through the vast badlands beyond New Spain, fly-bitten and dusty, searching for Táragusta’s men, the vanguard that had scattered the natives so effortlessly and advanced deep into the Alta California. They were attacked by bows and arrows, darts and stone axes, to which the conquistadors had retaliated with powder and shot, pikes and steel. That had put paid to the savages, so Táragusta led them onward, towards new conquests. Then they disappeared.

“No lord of all spirits, outsider,” said the masked and armored tribesman, speaking rough but intelligible Castilian. “We are judges.”

“What?” Bartolo turned, flooded with confusion. “You speak? Who taught you our language? Where are you taking me, what are—”

Another, sharper blow from the stock of the native’s bizarre foreign musket silenced him. “March.”

Bartolo hoped that his men had not heard this. As minutes dragged by it seemed they had not.

They were made to march across the scrub-filled high desert. By nightfall each Spaniard was ragged and spent, though their indigenous captors burdened by their strange armor had trekked their native land with practiced ease.

It had been only sullen silence for those hours but the knowledge that the natives could speak to them and understand them—the mere fact that they had intellect capable of learning a language besides whoops and screams—had gnawed at Bartolo. He knew only what he had been told, that vicious Godless races peopled the New World and none could be trusted.

Bartolo’s warden removed his lacquered helmet and metal mask. The face was like and yet unlike those of the other tribes encountered, mixed with some blood more foreign still.

Though he feared reprisal, Bartolo could not contain the questions within him. “Sir, please… You speak the King’s Spanish. Let us parley.”

“We learned your tongue from others we took captive,” said the native warrior. The musket rested across his thighs as he sat. “Your folly, not the first.”

“Names, no meaning,” the native huffed. “Perhaps. Many white skins and coarse beards, trespassing and punished. Some, forced to speak and teach us King Spanish.”

Bartolo did not know that the Viceroyalty had authorized so many other raids and expeditions, but New Spain was growing quickly, and to be informed of all their doings was beyond his station.

“Your musket,” the conquistador stuttered, dehydrated and addled. “Your armor… who sold you them? The Dutchmen? The English?”

The native captain seemed nonplussed, shifted his weight. “You will face nihonjin, they know of such men as you speak of, perhaps. My arms, my armor, they are nihonjin gifts, arts taught to my ancestors.”

Bartolo could only stare uncomprehendingly, and cough. “Who?”

Before the captain could respond there was raised raucous laughter as they began to beat one of Bartolo’s dirty and blistered teenage soldiers. Chained together, the Spaniards were made to watch as the one at the end of the chain was casually pummeled with kicks and blows from the hilts of exotic sabers. The captain waited for a pause in the noises.

“Why are you worthy of nihonjin’s story?” Bartolo’s stricken soldier moaned softly as the beating ended. “Did you come to this land to learn and grow? Or to plunder and fight?”

“Pity me,” was all Bartolo could say.

The proud native, his face hawk-like and severe in the strong shadows of the fire-lit desert, let out one short bark of a laugh.

“From the ocean of sunset, generations ago, the nihonjin came to this land in great ships with square sails. Like you, they brought their thunder-shot and steel blades, they brought foods and goods from afar, they brought builders and fighters and wives and children. Nihonjin settlements grew and the tribes did not know what to do.”

“Some fought, and were destroyed, or humbled, and some traded and learned. Nihonjin gained allies, fought for peace. Ended the feuds of the Chumash, Apache, Pueblo. They established gai-shogun to rule their colony.”

“The gai-shogun issued an ultimatum of unity. My ancestors chose nihonjin and became their vassals. Prosperity came. The tribes that you fought, here on the fringes of shogun land, rejected nihonjin ways and nihonjin teachings. They remain weak and afraid. As you saw, easily conquered. That is what comes of resisting nihonjin. Think on that.”

“The blessed Empire of Spain is mightier than any tribe, mightier than you, mightier than these alien overlords that you bow to,” Bartolo finally croaked, desperate to give tongue, even if the words felt hollow in his mouth. “By the grace of God and the Lord Jesus Christ, all the inferior peoples of this continent will be brought salvation under our dominion, or be purged.”

“So you believe,” his captor said. “But it will be fate that decides — not you or me. Shikataganai: it cannot be helped. You should think about how you will behave before the nihonjin, if you wish to live to see any future at all.”

Night fell fully and the fires burned low, and the world Bartolo had known ended in darkness.

Days later when Bartolo was sighted by another patrol, close to the beachhead at San Diego, he was delirious and dehydrated, on the verge of death. He was given water and fortifying brandy, and ate ravenously of proffered food, but when questioned only muttered that he urgently had to speak to the Viceroy, and would say no more of his apparent ordeal to anyone.

Before the Viceroy he told a wild and fantastical tale of ambush by tribesmen with advanced technology, the capture of himself and all his men, and the nihonjin.

The Viceroy and his ministers were unamused: Bartolo had lost all that was entrusted to him, his men and all their equipment, and when he could not or would not truthfully say what had happened to them, he was judged a traitor to the Crown and failure as a soldier of God, and stripped of his rank and sent back to Iberia in disgrace.

Alas, on the long journey across the sea, his faith shaken and his spirit crushed, Bartolo died wracked with doubt and fear, unsure of his place in the universe.

Such is the fate of all men. It cannot be helped. 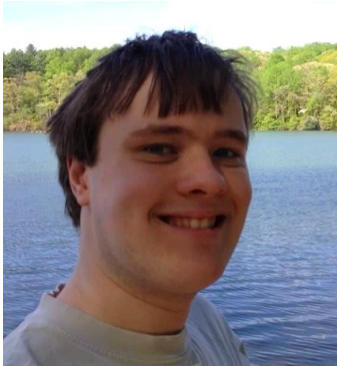 David Heckman is a freelance writer and creative consultant for the video games industry, working on short stories, novels, comic books, and game scripts. He loves all things nerdy and intellectual.