With three new moons shining over us,
they say we have conquered the darkness.
I hate it, but the thought fills even me
with a jingoistic pride. We get so much more done.
They were hammered out of asteroids,
fixed in the sky like enormous spotlights:
one copper, two nickel, pouring a light on us
that looks like blood mixed with water.

We don’t sleep very much. Light seeps
into every corner. Things are darker up here
along the north coast, with the slanted sunlight.
Most of the time it’s raining, anyway, a heavy
rain, so the days are pressed and weighed
under wet, gray illumination. The winters are long,
and while the summer has its midnight sun,
it’s not much more than three or four fat moons.

I came here for the gloom, honestly. And a job.
There’s plenty of work, trawling the Arctic
for what’s left of the bergs, or building pipe
to drain the melt and the rainwater south.
I’m standing on the gravel shore, globs of cold rain
hitting my face. The slush of this sea is sweet,
without much salt, and the dim sky is a great relief;
plenty to do, yet always late afternoon.

But the dogs up here creep me out.
Some of our intelligence is stitched
into the DNA of their brains, and they’ve
been fixed with prosthetic hands.
Sleep has been bred out of them. To me,
they look like wolves. Do they resent
being crafted? I saw them find a seal once,
one of the last ones. They deprived it of its guts.

This just ends tottering in the gray rain.
Waiting in a café, slurping up some
amphetamine-laced soup, looking to buy
a blanket from a man. Excuse me, I have to go see
a man about a red wool blanket. Heavy
and thick, to pull over my head and block the light.
It’s not that occlusion is a crime, it’s just that
water and thought must keep flowing.

The moons are sentinels. There is no dream in them;
they are explicit and rational. We have been softened
into dream-like shapes, a migration seeking darkness,
retreating ever further into ourselves. Truth penetrates
everything. Midnight is smeared with a greasy azure.
We know this, that the light follows us so deeply
we are unable to forget ourselves, even briefly. 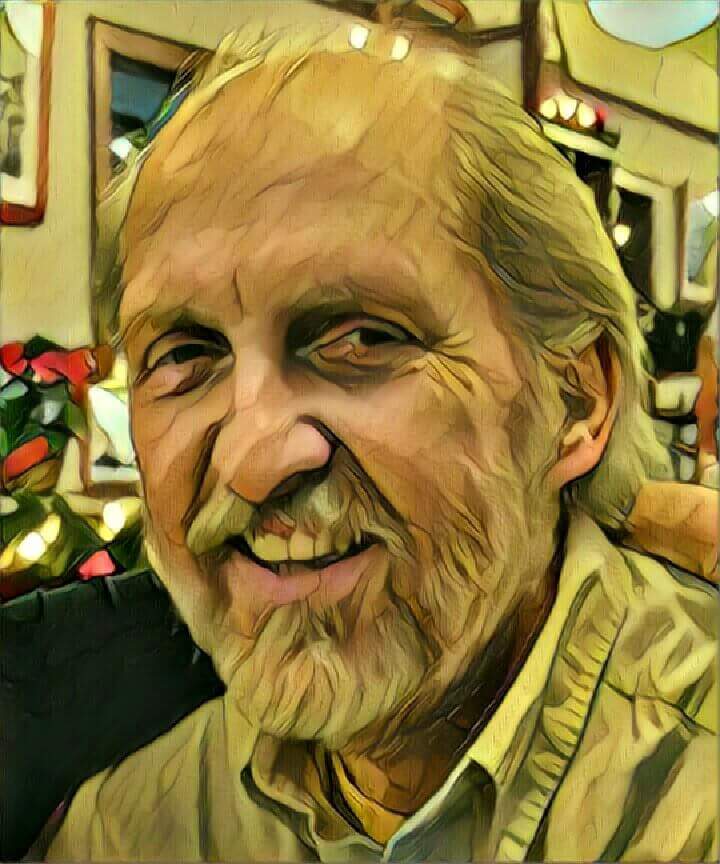 John Philip Johnson has work in Rattle, Southern Poetry Review, Strange Horizons, Asimov's Science Fiction, and elsewhere, including Ted Kooser's newspaper column, "American Life in Poetry." His comic book of graphic poetry, Stairs Appear in a Hole Outside of Town, can be sampled at www.johnphilipjohnson.com. He lives with his wife on the Great Plains and would love to go to Mars, if she would come with him.