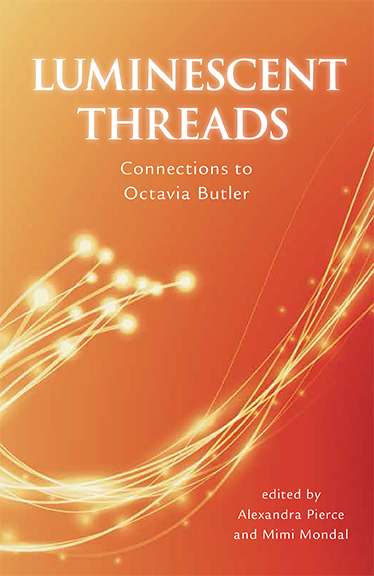 Octavia Butler is a writer beyond definition, although she examined definitions quite well. The first book of hers that I read was Parable of the Sower, and the experience was electrifying. Never had I read speculative fiction so open about race and boundaries, and willing to highlight their societal and cultural significance. After I finished Parable of the Sower, I quickly picked up Kindred, The Parable of the Talents, and her short story collection. With each new book, I was further shocked and comforted by the idea that here was someone who could show the breadth of experience for who the mainstream saw as the other. Her books explored the reasons for the worst aspects of humanity, and also uplifted the survivors and champions who embodied the best aspects of it.

I am not alone in being inspired by Octavia Butler, and it was an eye-opening experience to read a sampler from Luminescent Threads: Connections to Octavia Butler, edited by Alexandra Pierce and Mimi Mondal. This is a book dedicated to those who have been likewise touched by Ms. Butler’s vision. Not just her fiction, although her fiction was inspiring, but in the sum total of her life, works, and person.

For readers unfamiliar with Ms. Butler, first a little background. Born in 1947, she grew up in Pasadena, California. Her mother was a housemaid also named Octavia, and her father died when she was seven. An African-American bullied because of her six-foot height,1 she also had a tough time academically because of her dyslexia. But despite all the obstacles she faced, she never lost focus of her desire to be a science fiction writer.

In 1970, she attended the Clarion Science Fiction Writers’ Workshop, and was mentored in her early career by Harlan Ellison and Samuel R. Delaney. Over her lifetime, she won numerous awards, including the Hugo Award, the Nebula Award, the Locus Award and the MacArthur Foundation “Genius” Grant.2 She published fifteen novels, a collection of short stories, and several essays, but her influence was far greater than the number of her publications. Due to failing health and a tragic accident, she passed away in 2006 at age fifty-eight.3

Even though she died young, Ms. Butler commanded a presence in science fiction that far outstripped her years. However, Luminescent Threads is not intended to show the minute details of Ms. Butler’s life to the reader, but rather to show a glimpse of how much she influenced the authors of today and tomorrow with her work. And how she changed the genre completely and irrevocably by opening it up to nonwhite and non-male protagonists and writers.

The book is broken up into several parts, with posthumous letters to Ms. Butler interspersed with scholarly articles. Luminescent Threads finishes with an interview between Ms. Butler and Stephen W. Potts, where Ms. Butler is given the chance to speak to the reader her own thoughts about her work and how she saw herself perceived. I enjoyed the breadth of focus in the examination of Ms. Butler and her influence, as the scholarly articles and interview give depth to the background of the letters. They allow an academic slant to what is often, to her fans, an emotional response to her writing.

Several of the writers of these letters met Ms. Butler, but the majority met her only through her fiction. The letters were written in 2016-2017, after President Trump’s election in the United States. Some of them make mention of parallels between his term as president and events occurring in Ms. Butler’s books. Several times, the writers mention Parable of the Talents, a novel which highlights the rise to power of Andrew Steele Jarret in 2032, an extremist who runs for President on the platform to “make America great again.”4 Although there are many differences between Ms. Butler’s dystopian future and the actuality of the election of 2016, there are enough eerie similarities that the letter writers call Ms. Butler a “soothsayer, seer”5 and a “visionary.”6

These letters from writer to writer are the main body of this work, and they resonated deeply with me as a reader. The authors come from various walks of life, various backgrounds, and various races. Some of them met her; some of them didn’t know about her until after her death. But all of them saw Ms. Butler’s life as influencing theirs, however remote their connection to her. Over and over, the comments that kept on cropping up were about how the writers saw themselves in her characters–from their insecurities to their experiences, from their triumphs to their problems, from their mixed or underrepresented racial background to their confusion about how to represent themselves. One writer, for example, was dyslexic and his letter was written with the letters all mixed up in each word, although still understandable enough for the reader to puzzle through. It thanked Ms. Butler for being an inspiration for dyslexics who wanted to succeed at a writing career.

Another common sentiment expressed was that the authors wouldn’t be authors without her influence. Some of them only took up the pen after reading her work and realizing that they, too, could write about characters who were like them, not exclusively white and male.

As a fan of Octavia Butler myself, I was constantly struck by the sentiments expressed in these deeply personal letters. The words were inspiring and heartbreaking, eerily parallel to my own appreciation of and identification with Ms. Butler’s work.

As much as she was a writer of color, Ms. Butler was also a feminist. And although Luminescent Threads went to publication prior to the announcement of the Hugo Awards for 2017, as a recipient herself, I think she would have been proud to know the results. Aside from the two film categories, the Hugo Awards went completely to women writers in 2017, including several women of color. I think this is significant, because like Ms. Butler’s novels, terrible events may transpire, often frequently, but the characters survive and overcome them with hope. So while the results of the 2016 American election might have been foretold in Ms. Butler’s dystopian fiction, she would have deeply approved of the Hugo results as a reaction to the election and as a way into the future. Moreover, the winner of the Best Novel category for her book The Fifth Season, N.K. Jemisin, cited Ms. Butler as her greatest influence: “Spiritually — in terms of motivating me to pursue writing as a career and to improve my craft — Octavia Butler, my own personal grandmaster.”7 So despite having passed away over ten years ago, Ms. Butler’s consequence has not waned; she continues to affect writers today. This is just one of the themes shown in Luminescent Threads that can be seen happening in the greater world of speculative fiction.

Luminescent Threads is an inspiring and creatively produced outlet for those who have been influenced by one of the pillars of the science fiction canon. This book is not only for fans of Octavia Butler, but also for fans of science fiction in general, and for those interested in learning how the genre has gotten to where it is today, especially with the rise to prominence of so many female and diverse authors. As a reader, a writer, a woman, a person of color and a lifelong fan of Octavia Butler, I’d definitely recommend it. 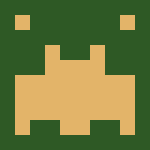 Alison Akiko McBain is the Book Reviews Editor of the ezine Bewildering Stories. Her fiction and poetry has appeared or is forthcoming in magazines such as On Spec, Tesseracts Twenty-One, Abyss & Apex and Flash Fiction Online. Her Japanese-related stories appear in anthologies such as Tales from the Sunrise Lands and Frozen Fairy Tales.