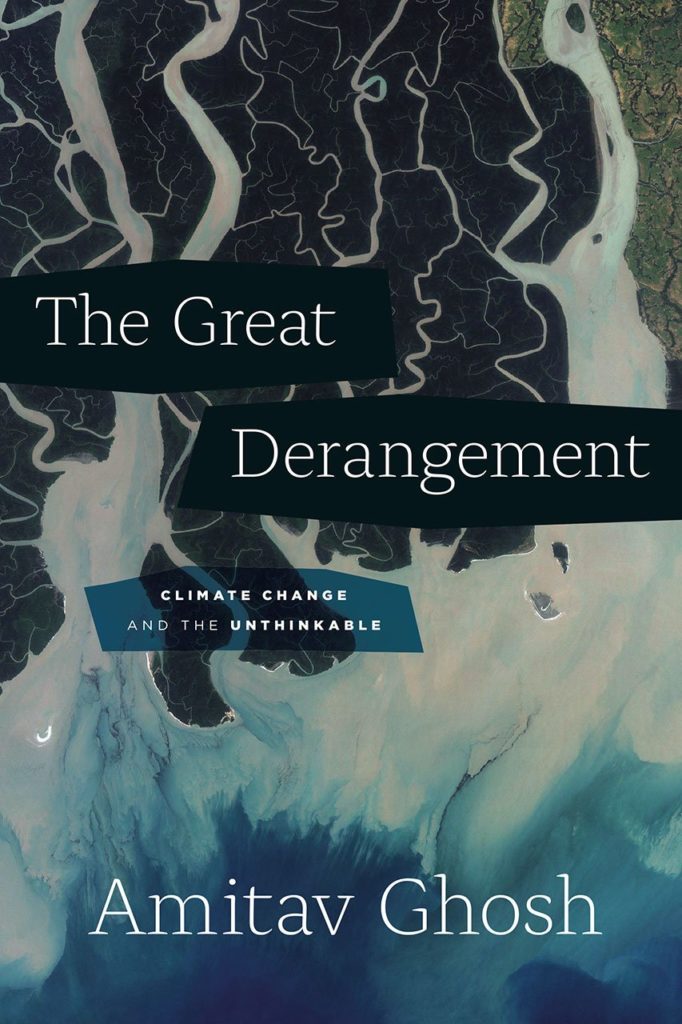 In his book The Great Derangement, Amitav Ghosh writes that we’re suffering from a crisis of imagination. In their attachment to the Cartesian worldview that arrogates all intelligence to humans and denies agency to the non-human, artists and writers have failed to look upon the most pressing issue of our times — climate change. Much of Ghosh’s critique is leveled at modernism in literature and its failures to deal with the ability of the non-human to radically transform the planet and human thought. While Ghosh does mention the role of science fiction in dealing with the questions of a planet altered by catastrophe, he is ultimately skeptical, if not dismissive of science fiction’s tendency to deal with the future and not the present:

“Is it the case that science fiction is better equipped to address climate change than mainstream literary fiction? This might appear obvious to many. After all, there is now a new genre of science fiction called ‘climate fiction’ or cli-fi. But cli-fi is made up mostly of disaster stories set in the future, and that, to me, is exactly the rub. The future is but one aspect of the age of human-induced global warming: it also includes the recent past, and, most significantly, the present.” (p. 66)

Whether dealing with the present or the recent past is as necessary as dealing with the future, in the manner science fiction does, is a subject open to debate. The immediate truth facing us however is this: the planet as we know it is changing. Conveying the complexity of what is happening and coming to terms with it can be done through distancing ourselves from the present and speculating the effect it will have on the future.

All of this has been dealt with in science fiction for a few decades – from global flooding and tropical temperatures in J.G. Ballard’s The Drowned World (Audible) to corporations profiting off genetically engineered plagues and a teetering global economy after a collapse of the fossil fuel industry in Paolo Bacigalupi’s The Windup Girl  (Amazon). The problem with most novels in this genre — and this is more evident in The Windup Girl—is an inability to focus either on the past or the future. Thus Bacigalupi switches between the past and the future through abrupt flashbacks, putting the narrative and the message at odds with one another. 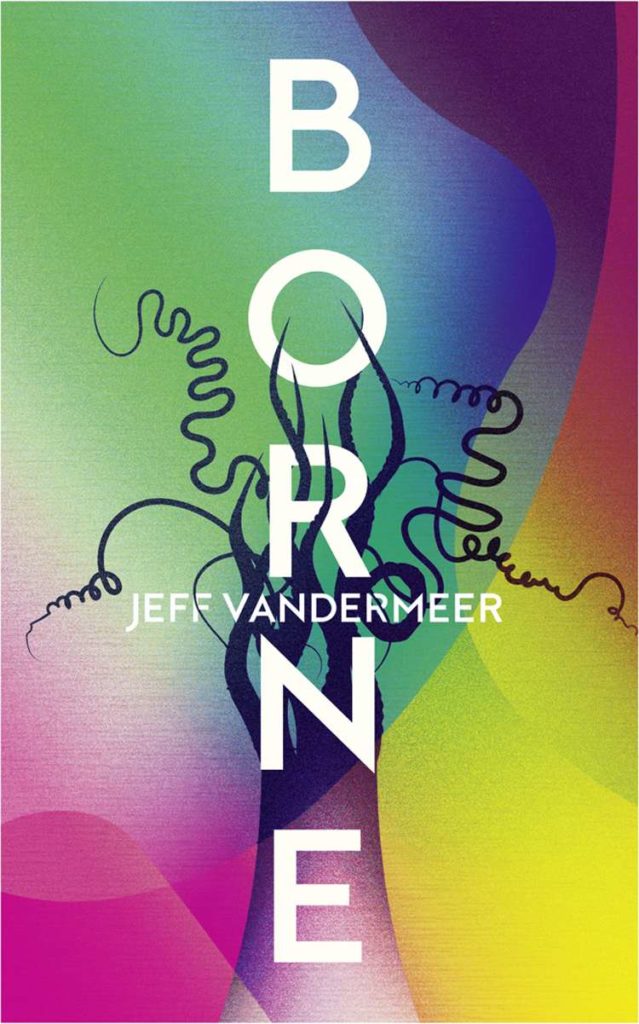 Jeff Vandermeer’s Borne (Amazon) is therefore a refreshing change. Its singular focus is on the future — a nameless city on the edge of collapse rampaged by a giant sentient bear, and a shape shifting cephalopod from which the novel derives its name. The narrator Rachel, her partner Wick, a drug dealer selling memory beetles that help in “getting rid of memories and adding memories,” the other inhabitants of the city, and the giant bear, Mord, share a strange, almost symbiotic relationship. Wick is a former employee of a biotech corporation, known as the Company that created Mord, who in turn walks through the city in a murderous rage, bringing down buildings and devouring humans. But it is after this destruction, while Mord sleeps, that scavengers like Rachel search his fur for meat, biotech, and surplus from the Company. It is on Mord’s fur that Rachel finds Borne:

“I found Borne on a sunny gunmetal day when the giant bear Mord came roving near our home. To me, Borne was just salvage at first. I didn’t know what Borne would mean to us. I couldn’t know that he would change everything.

Borne was not much to look at that first time: dark purple and about the size of my fist, clinging to Mord’s fur like a half-closed stranded sea anemone. I found him only because, beacon-like, he strobed emerald green across the purple every half minute or so.” (p. 1)

Borne doesn’t seem to do much initially. Rachel first treats him as a plant, inert and harmless. Slowly, Borne begins to change: from a plant to an animal that feeds on lizards and sneaks around when Rachel isn’t watching and finally to a ‘person’. It is when Rachel is attacked by genetically altered children sent by Wick’s rival, the Magician, that Borne begins to speak to her. Rachel’s relationship with Borne grows. She begins to see him as a child, while Wick sees him as potentially dangerous, a weapon that might one day turn against them. Rachel pleads with Wick to let her keep Borne, to raise him and help him find himself, and Wick hesitantly agrees. Slowly, Borne blooms. His curiosity grows, and the more Rachel teaches him about the world, the more he yearns to discover it on his own. He becomes independent, moves out of Rachel’s apartment, and begins wandering through the city. It is during these wanderings that Borne commits acts that eventually make Rachel realize that Borne could be as dangerous as Wick says he is, and thus changes everything for Rachel, Wick, and the inhabitants of the city, including Mord.

Vandermeer displays command over the plot. Rachel’s past is narrated through flashbacks that do not feel intrusive. He avoids pages of exposition about how this world has come to be. The tightness of the narrative wound around Rachel can however at times feel inhibiting. Wick’s rival in the drug business, The Magician, makes only a few appearances and even then her presence does not pose much of a threat. Even Wick’s character seems frustratingly underdeveloped at times, and the secrets he has buried from Rachel come forward as an abrupt and sudden revelation.

As is necessary with dystopian fiction, Borne is set within a harrowing world. But while the pervasive feeling of danger and the threat of complete collapse of what is left of human life and morality is ever looming, Borne is replete with lighter moments: the giggly exchanges between Rachel and Borne, and Borne’s childlike curiosity and silliness offer the reader a respite from the gloom and doom that have become commonplace in dystopian novels.

Dystopian narratives can foster cynicism, which helps us distance ourselves from the real dangers of environmental and societal collapse. It can work as a form of escapism: moral expediency and being our worst selves is easy if we tell ourselves that everything is awful and ruin inevitable. This tendency also reduces those facing the gravest threat of collapse to a sub-human level; it makes us think that those living lifeat its most precarious don’t think about anything beyond survival and betrayal. While this is also the case with Rachel and the denizens of the city, who often resort to violence and apathy to ensure their own survival, Vandermeer also offers them hope and a chance at redemption. He shows us that even in the grimmest situations, people can hope for a better future, joke about their present situation, and help one another get through difficult times.

Borne works as a warning, a plea, and a message of hope. It warns us of the dangers of meddling with nature and pushing it to an unrecognizable point, asks us to recognize and interact with the non – human, and tells us that human beings can build and adapt, that life on this planet can be preserved and rebuilt even in the face of apocalypse, if we work together. Everything in the book has something to tell us, be it the derangement of the bear Mord, or the initial innocence and curiosity of the cephalopod Borne, or the love that Rachel harbors for Borne.

Ghosh might agree that our consensus reality on climate change is slowly falling apart. It is this sentiment that runs throughout his book, and he is deeply critical of both literature and legislation for continually ignoring the need to address the problems of climate change and climate justice. It might be helpful in this case to consider possible futures, and use it both as a warning and a guide to shape the present. As Mckenzie Wark notes in a perceptive essay on The Great Derangement, ‘serious’ fiction now seems rather unserious. If this is the case, then how can our literature respond to climate change? Maybe in the manner Borne does, by distancing itself from the present, and telling us that our actions will inevitably lead to a future we will not like, that a teeming metropolis might one day turn into the decaying city of the book. The world of Borne is distant yet possible. It will do us well to pay heed to its message, for we might soon be facing events within our own world that we won’t find pleasant.

Notes on editions of reviewed and referenced books: 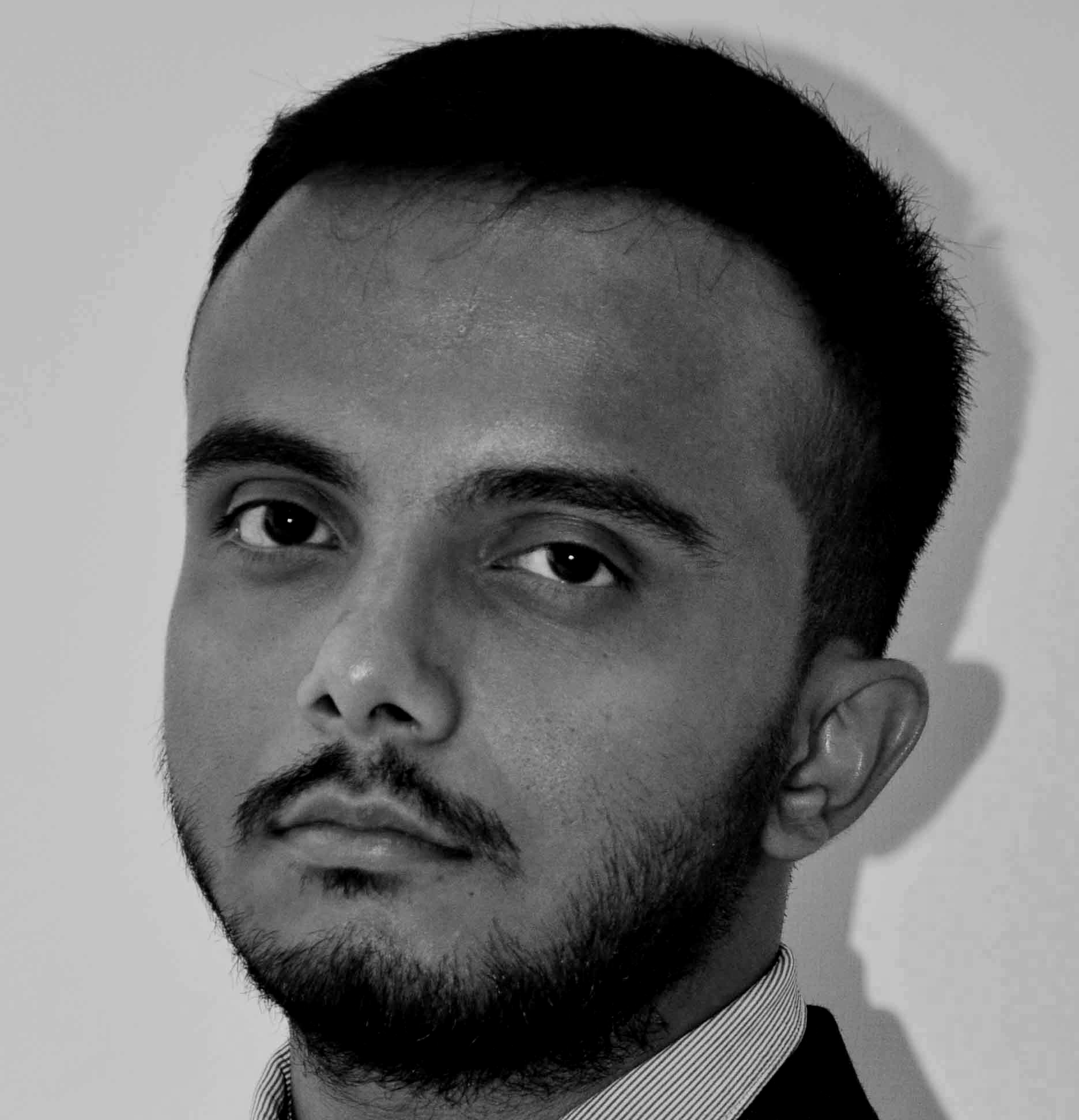 Aditya Singh is a writer and illustrator based in Delhi.