Saint-Exupéry told the truth
couched in a child’s tale
so that those grownups who saw only a hat
would not scoff and dismiss out of hand
the important things he had to say.
Reading his elevating flying memoirs
like Wind, Sand, and Stars, it’s easy to feel
the same voice, the same hope—
just with those gritty details
adults understand, as important
in earnestly reaching his audience
as the illustrations in The Little Prince.
Reading the pilot’s war memoirs in Flight to Arras as a teen,
I worried for him, scared stiff
by the descriptions of anti-aircraft fire
(those towering clouds of dangerous beauty),
or mechanical problems while flying so high the pilot couldn’t get enough air
on the ship-fed oxygen supply to exert the needed force on the controls—
imminent death which Saint-Exupéry described
in terms of the thrilling beauty of staying alive.
Even his earlier mail flights carried so much danger, with pilots lost—
so much beauty, seeing the lights twinkling below like stars.
For me, the grim realities of flight did not negate The Little Prince—
instead, I became more certain
that everything Saint-Exupéry said was true:
that same sincere voice, that never-lost child’s wonder
at being alive. The mystery for me
after reading the pilot memoirs
was how anyone so skilled, so in touch
with life and death and fortune and possibilities
could simply disappear in wartime,
never—as far as was known then, in the ’80s,
to be found—an unfinished story, unsatisfying—
an ending (the only ending of his) I did not believe.
A few years ago, his plane was found—
mystery solved, for some. I’d wanted to know,
and yet was almost sorry—
aside from the renewed love and attention expressed for the man
who’d touched my heart so much
I wanted to learn French just to read his words.
Yet somehow now, like the reality of his pilot narratives,
the finality of pieces of his plane scattered along the coast
makes me even more certain of his ineffable end:
for to fly back to the stars, the Little Prince
must leave his shell behind. 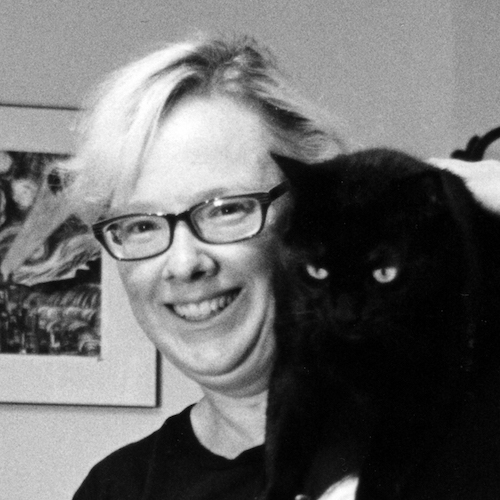