Arkady Martine: “What I am doing when I write – in part – is trying to formulate a poetics of exile.”

You describe yourself as a “peripatetic scholar-poet: constructed of equal parts SFF and Byzantine history.” Your characters seem to want to belong to the past. They are wanderers who always return “home” even when it is not wise to do so. Why is it such a recurrent theme in your work? 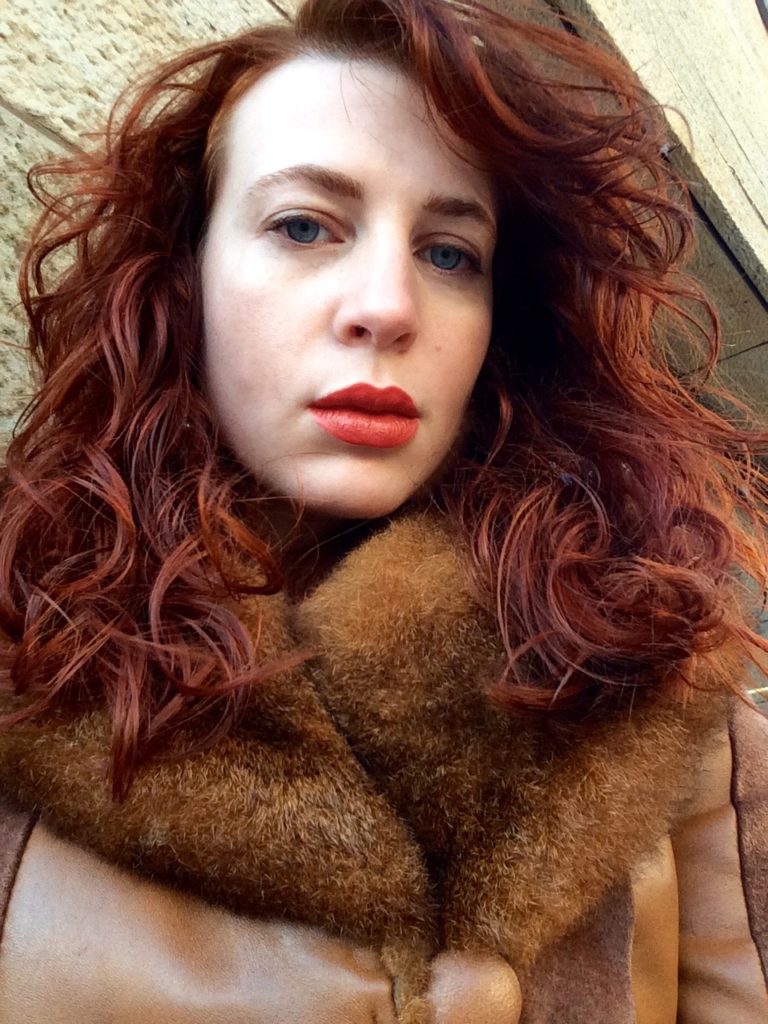 There’s an autobiographical answer to this question, which I’ll start with, and then perhaps I’ll get to the aesthetic answer. When I say ‘peripatetic’ about myself I mean it: I haven’t had a permanent address in five years now, and I don’t know when or if I will. In those same five years I’ve lived in four countries and seven cities. Being a non-tenured research-focused academic is not conducive to keeping track of what it would feel like to go home, for good. And yet: I was born in New York City, and I am still madly in love with that jagged clutch of steel and light. I know where home is. I just don’t live there, and unless circumstances provide me with a hell of a lot of luck, I won’t get to, not if I want to keep my career.

It turns out that I wrote my PhD dissertation about this, though I didn’t know I was doing it at the time. The PhD ended up being about Byzantine diplomats out on the frontier who write letters back home to their friends and colleagues in Constantinople. I’ve spent a lot of the past decade thinking about what people do to preserve their own identities and ideologies when removed from the contexts they grew up in.

Also, for an eleventh-century Byzantine civil servant, Constantinople occupies much the same semiotic space as New York does for all us annoying New Yorkers who want to tell you that our city is the center of the world. So there’s a certain fondness born out of commonality which I have for a group of people a thousand years dead.

Clearly wandering and longing for place are quite central for me; and so are attempts to effect a collapse of distance which is not physical, but instead emotional, metaphoric, signified. What I am doing when I write – in part – is trying to formulate a poetics of exile.

My poor characters. Pretty much no one gets to go home.

For a storyteller, “you’re incredibly morbid.” Your earliest stories, “Lace Downstairs,” and “Nothing Must Be Wasted,” contain more graphic and grotesque elements than your new stories.[1][2] Is it a conscious effort—evolution—as a writer or the need to fit in a marketplace?

I’m fascinated that you think that my earlier work is less grotesque than my current work! My most-recently published stories have got a) self-evisceration and spit magic; b) death by radiation overdose. Okay, I haven’t done cannibalism since “Nothing Must Be Wasted” and a lot of the stories I have coming out this year are much more about spiritual grotesquery than physical, but that’s an accident of timing.

Which is all to say: I don’t think I have been consciously trying to get away from the graphic and the grotesque, and I would not veer away from these elements for the sake of the market in any case. I try not to market-chase. I’m interested in the body as a site of transformation. I’m also interested in the body as a site of horror and alienation. So graphic description and the grotesque are always right under the surface in my work, and sometimes they are on the surface, like an oilslick you’ve got to sink your hands into to get down to the meat.

If I’m evolving as a writer right now on these subjects it is toward being more aware of the intersection between grotesquery and disability, and trying – often failing, but trying – to avoid doing accidental harm by equating these things. My friend John Wiswell has written very eloquently about this in some of his blog posts (particularly on Mad Max: Fury Road, a film I adored and which spoke to me aesthetically, but which he provides an important critique of, on precisely those aesthetic grounds) and I am actively interested in challenging my own assumptions that the aesthetic power of the grotesque is either harnessable or safe.

Essentially: I am going to keep writing graphic and grotesque, and I’m going to hope I manage to be empathetic about how I employ these particular aesthetic tools.

“City of Salt” came second in the Strange Horizons readers’ poll in 2015.[3] It is a love story, isn’t it? Sogcha—the city—is a female. Ammar is a ‘he.’ The paired protagonists of your other stories tend to belong to the same gender but “City of Salt” appears to be an exception. Why?

I am, in essence, interested in writing protagonists who are deeply emotionally involved with the other characters in a story. Both same-gender and other-gender emotional attachments are part of the constellation of narrative-warping, plot-creating forces.

There’s another answer I could give, here, but it’s more properly an answer to why did you write a straight couple, Arkady, in the most obvious love story you’ve written? And my answer to that is: why do you think Ammar and Sogcha are either straight or a couple?

“How the God Auzh-Aravik Brought Order to the World Outside the World” is the most “literary” of all stories, and perhaps also your best.[4] How did you arrive at it?

“Auzh-Aravik” is straight-up mythological pastiche. I wrote it like I was writing an origin myth for another world. It came out of two things: my interest in underworld-journeys (particularly in the Sumerian mode – Auzh-Aravik and Saam-Firuze owe something to Ereshkigal and Inanna) and my participation in Mary Robinette Kowal’s Short Story Intensive weekend course, where I had to come up with a story very quickly (in about twelve hours!)

So I ended up leaning quite hard on a very old structure: the written version of an oral myth.

I spent a lot of my childhood reading books of myths, both from my own culture (Eastern European Ashkenazi Jewish – I grew up on Isaac Bashevis Singer) and from other cultures (I had the Popul Vuh very early, and D’Aulaires Book of Greek Myths, and an endless succession of books on Egyptian mythology which culminated in my very own copy of Budge’s translation of the Papyrus of Ani variant Book of the Dead. Which I still have – it came all the way to Sweden with me. It is possible I was a peculiar child, and remain a peculiar adult.) The kinds of stories told in these books – which are codifications of generations of oral tradition, and then translated, often more than once, into languages foreign to that tradition – have always been compelling to me. I wanted, in “Auzh-Aravik”, to see if I could get the tone right. That sense of both specificity, usefulness, and endlessness which is common to mythology. It is a specific story – it exists for a cultural use and may be didactic, but in a hidden or obscure fashion – and it is endlessly retold.

You said you have been working on a novel. What is it about? How is it going?

Writing a novel is the worst thing I have ever done to myself on purpose!

That is to say, I’m about halfway through, I have just figured out how I want the end to land thematically, I have never written this much about one thing ever in my life – except for the PhD – and it’s hard.

But it’s about the seduction of empire, the problems of linking up identity with memory, and how to use an oration contest to start a riot. It’s a space opera. I am hoping to have it on submission to agents later this year.

Arkady Martine is a speculative fiction writer and, as Dr. AnnaLinden Weller, a Byzantine historian. In both capacities she writes about border politics, rhetoric, propaganda, and liminal spaces. She was a student at Viable Paradise XVII. Arkady grew up in New York City and currently lives in Uppsala, Sweden. Find her online at arkadymartine.wordpress.com or on Twitter: @ArkadyMartine.
Salik Shah