Kij Johnson: “I have learned to walk away from failing stories instead of flailing at them.” 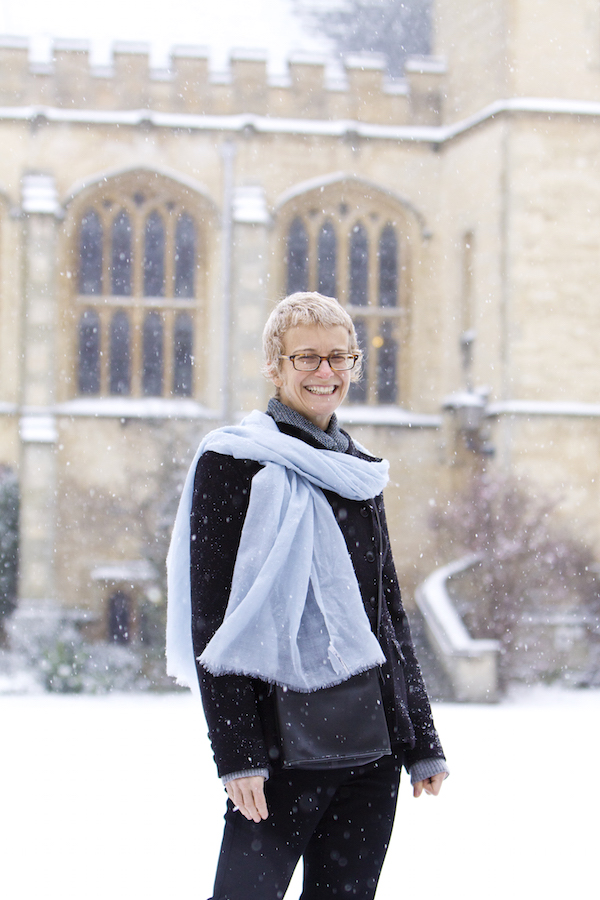 Your novels and some of your short stories are set in Japan. What drew you to the island nation?

As a historian, I’ve always read a lot of women’s diaries and journals, and one of the liveliest and most intelligent was the Pillow Book of Sei Shōnagon, a noblewoman in the Japanese court at around 1000ad. She was so entertaining and a perfect introduction to a culture I knew nothing about at the time. I began reading obsessively primary texts from the period, as well as histories and other secondary works, and did so for about ten years. By the time I had finished Fudoki [1], I had amassed a library of about a thousand works from and about Japan in the Nara, Heian, and Kamakura periods.

The women’s monogatari and diaries of the period are generally terrific reads. Their lives were very different from anything I had imagined, yet they came through their writing as real, complicated, engaging people.

Your Hugo- and Nebula-winning novella, “The Man Who Bridged the Mist,” (2011) reminded me of Herman Hesse’s classic, “Siddhartha” (1922).[2] I told Dan Hartland that it seems to reflect a Buddhist worldview, and I have been wondering ever since what you were reading at the time when you wrote it. Like Ted Chiang’s “Hell Is The Absence of God” (2001) [3], this slipstream story seems to me to be a result of a long and deep yearning for the love of “god” (for lack of a better term). How did the novella come about?

That’s really interesting! I designed Kit’s world to be without religion or faith —  a godless world. He is a scientist interested in a scientific problem, which doesn’t preclude a sense of wonder about the things he sees.

I was, in fact, thinking of Ted. I was in a workshop with him when I first started the story, and I wanted to write something that was rigorous SF —  which this story is, in its own way. The ecosystem of the mist has a clear scientific explanation I didn’t include in the story, and the engineering and worldbuilding are plausible (except for a few things I changed for story reasons, and no one has brought up).

At the time I wrote it, I was reading a lot of work about Shintō, which is part of the complicated mélange that is Japanese religion.

Your stories tend to have almost a devastating effect on the readers. “26 Monkeys, Also the Abyss,” “Ponies” and “Story Kit”—they all seem to come from the depths of despair.[4][5][6] But there is also playful optimism, which is almost Zen-like and cathartic. Is writing a difficult process for you? Has it become easier with time?

Writing is often a difficult process! It’s a lot easier now than it was: I catch my mistakes sooner; I have learned to walk away from failing stories instead of flailing at them and wasting my time; I am more able to engage directly with emotional verities than I was. My most successful stories are built around difficult emotions, and that part of them was hard.

How long does it take you to complete a story? How does a story, for example “26 Monkeys, Also the Abyss,” begin and evolve over time?

“26 Monkeys” is sort of anomalous, because it’s fragmented and came together quite quickly. I wrote the first sentence, and many of the segments each popped out intact. Others were much slower and took lots of rewriting to get right; but it’s not a long story, and all told, it wrote itself in only a few weeks.

Other stories have been much slower. Anytime I am writing something that is conventional narrative, it undergoes many, many passes, with long pauses if there’s a missing piece. For example, “The Man Who Bridged the Mist” took weeks of research, then several months of steady writing — and then a ten-year pause, because it didn’t hang together emotionally. Ten years later, I was reminded of it and took a new look; added all the flashbacks in about a week; and the story was done.

Your new story, “Coyote Invents the Land of the Dead,” [7] employs a conversational style. It’s a tale that demands to be read by the ear. You also refer to act of storytelling within the story—“Coyotes retrofit rekit and retool, bones and blood renewed on demand as the stories require,” and “What is life but stories, and love?” How did “Coyote” happen?

I started, as I so often start, with an image: in this case, the cliffs in San Diego. I also had been doing a lot of thinking about the difference between myths and folklore, and specifically with regard to Coyote stories, as Coyote bridges all tale-types, from myth to comic fable. Myths are hard to invent, because it’s hard to create real tension when anything is possible: if a character can get out of a problem by creating out of nothingness an aircar, or another plane, or a rift into another universe, then there’s no real conflict — except for personal ones. Philandering Zeus and frustrated Hera is interesting because, even though Zeus can create matter from nothing, he’s not in control of his lust and his wife’s reactions, and that’s where the drama and story lies.

So I wanted to invent something from whole cloth that both had the aspects of true myth and a real story. There is no source material for the story, except, possible, that I love when Ursula Le Guin writes about afterlives.

You are a writer and an educator. Damon Knight’s Creating Short Fiction [8] made entry in “Story Kit.” Ursula K Le Guin has been Steering the Craft.[9] Where can we find your writings on writing? Is there a how-to book in the works?

I haven’t ever thought of putting it all down! I write my lectures from scratch and I teach a two-week novel course each summer for the Gunn Center for the Study of Science Fiction. For now, that’s where it stays!

Will there be more stories coming out this year?

Yes! I’m really happy that I have a novella coming as a book and online from Tor Books. The Dream-Quest of Vellitt Boe is a response of sorts to Lovecraft, though it has more in common with Le Guin, I hope.

Kij Johnson has won three Nebulas, and the Hugo, the Sturgeon, and the World Fantasy Award.  Her most recent books are The Dream-Quest of Vellitt Boe (due out in summer 2016) and the short story collection, At the Mouth of the River of Bees. She received her MFA from North Carolina State University in 2012. In the past, she has worked in publishing, comics, trading card and roleplaying games, and tech. Currently, she is assistant professor of creative writing at the University of Kansas and the associate director for the Gunn Center for the Study of Science Fiction. Her website is kijjohnson.com.
Salik Shah