From the Ruins of the Quake

23 September 2015 – Right after the deadly earthquake that claimed nearly 9000 lives, Nepal suffered from another terrible assault of geography and politics in form of an undeclared economic blockade from India. The unofficial blockade inflicted immense torture on the subconscious of the landlocked country, sandwiched between two mighty powers of Asia—China and India.

I was surrounded by chaos and scarcity in Kathmandu. People were stuck in long queues for petroleum. Hunger took the valley back in time—we were fixing pressure cookers atop firewood. The visual tension and common ferment became an inspiration for me and sparked the blockade series.

The first work of the blockade series was ‘Pressurized.’ 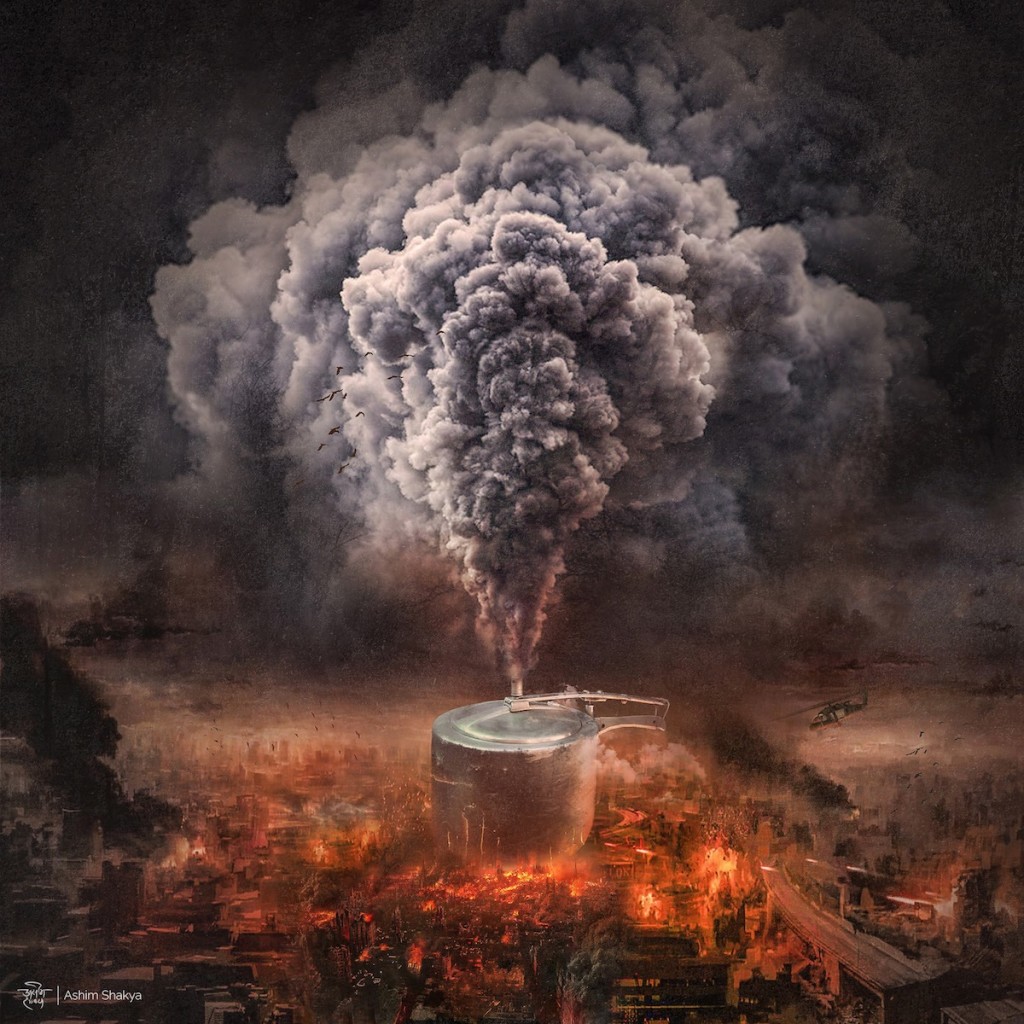 I have given a lot of myself in this work. Here I’ve tried to portray the situation of the country during the blockade. The whole city is burning as a fuel to cook food — to survive— a pressurized situation both inside and outside the pressure cooker.

The second one in the series was ‘Extraction.’ 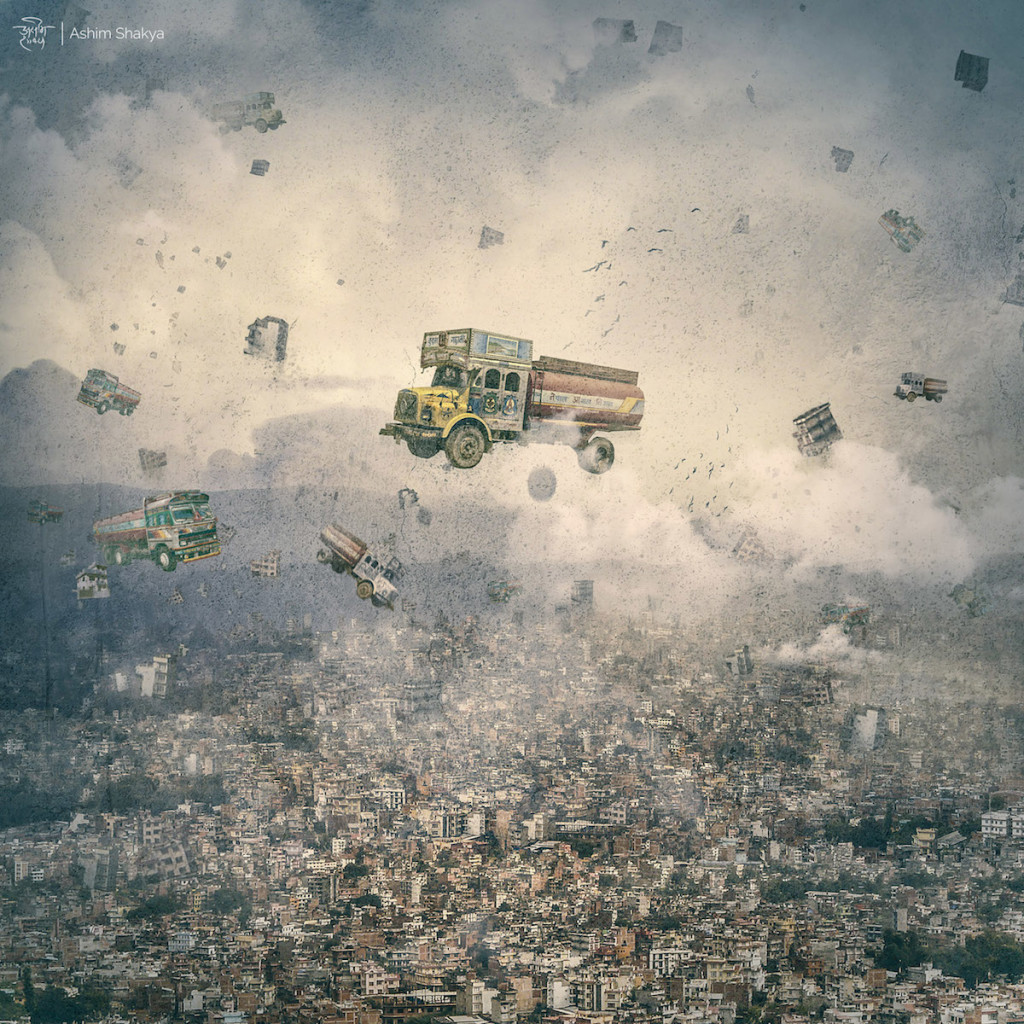 This tries to show the sudden disappearance or extraction of the oil trucks during the blockade. The levitating houses (being extracted) try to hint at families involved in the illegal trade are also being extracted. The title itself is a unity of two words “extra” and “action” that could be explained or interpreted in various ways.

The third work in the series, ‘Enclosed,’ connected the overall frustrating situation during the quake intensified by the blockade. 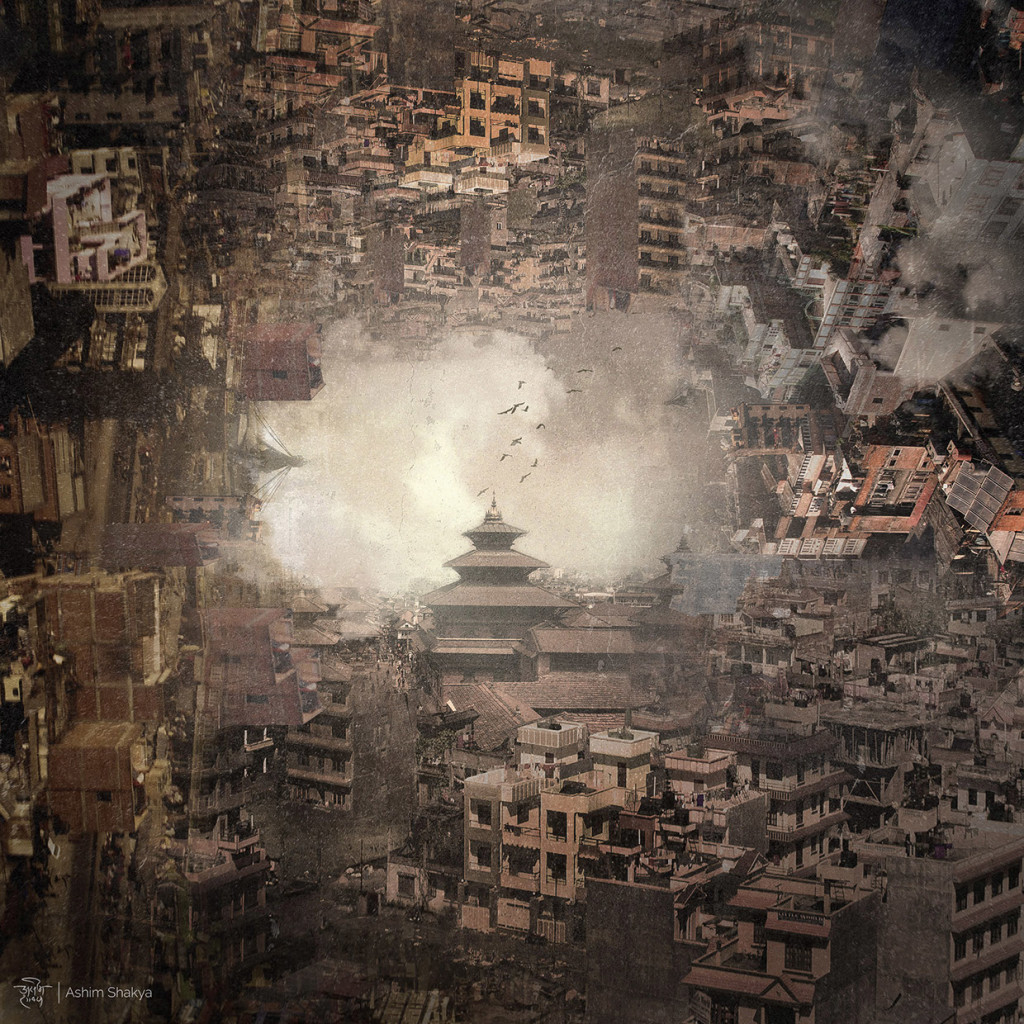 ‘Enclosed’ has been interpreted in various ways. It was primarily created to make us aware about the two facts. 1. We are landlocked as a country. 2. The inhabitants of Kathmandu rarely travel outside the valley while most of the people conceptualize Kathmandu as the whole nation itself.

This artwork also shows the world crashing onto itself, portraying the earthquake.

The fourth work in the series is ‘Trial of Liberation.’ 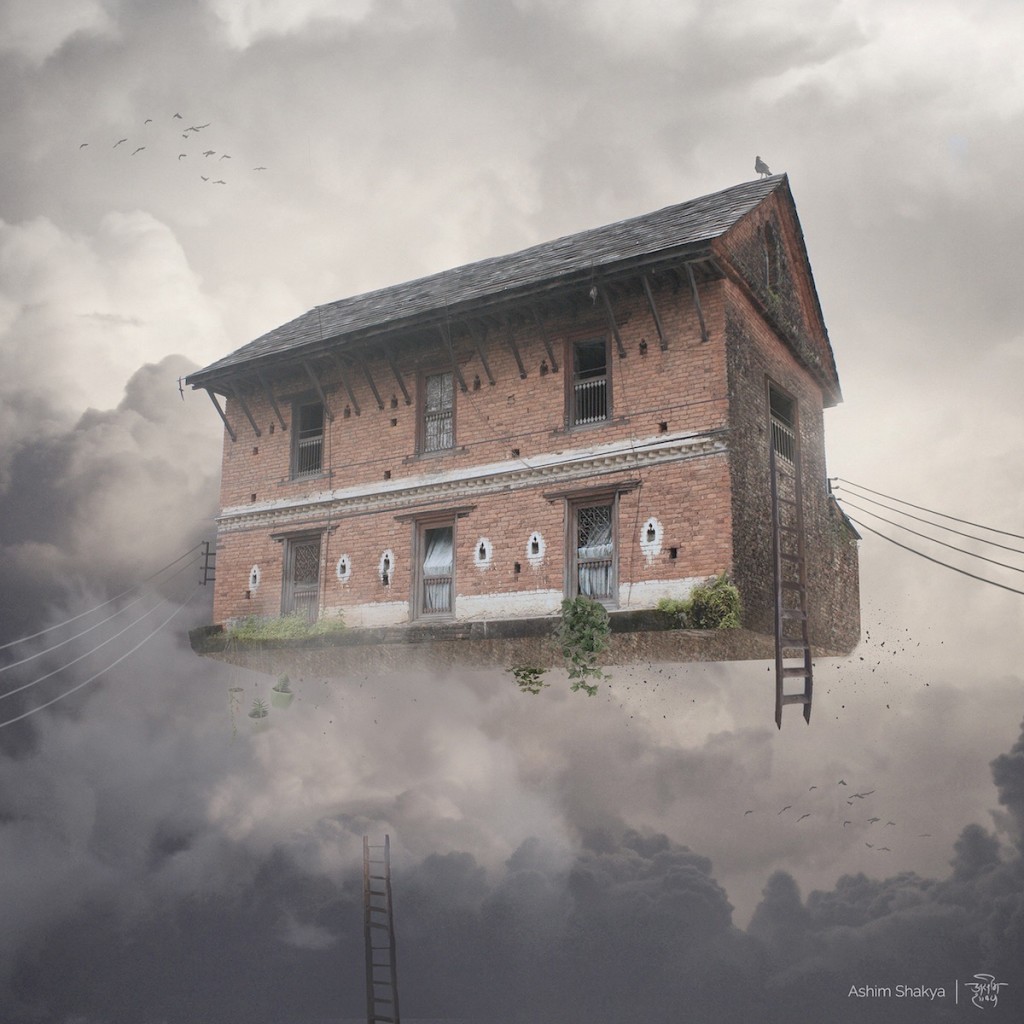 This work resembles the family’s urge to escape and relocate away from the chaos and pressure built around them due to the unbalanced political situations, overcrowding and terrible scarcity. 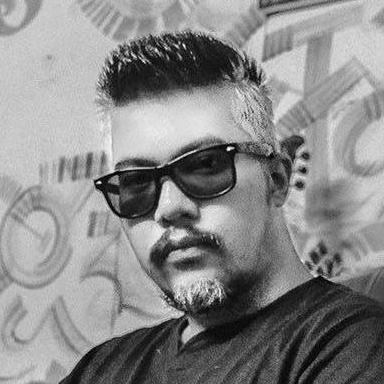 Ashim Shakya is an artist, art director and a music composer based in Kathmandu, Nepal. His artworks reflect the chaos and beauty of his surroundings and time; his works mainly influenced by the current events. You can find him on Behance and Facebook.