Heart of the Labyrinth: Myth as the Starting Point for Storytelling

I love myths. I make no bones about it. Be it Greek, Hindu or Nordic, it offers us gods; superheroes that can fly, shape-shift, wield immense weapons and control the elements. Except they’re not super. They’re fallible, flawed beings, as subject to love, jealousy, lust and wrath as mortal man. Prometheus, the Titan god, stole the secret of fire from Olympus to give to man, whom he made from clay. King of the gods, Zeus, punished him with the daily torture of having his liver torn out.

Mythology offers us the birth of the world. A cypher for the cycles of nature. A framework for death. The Egyptian sun god, Ra, was born from the sky goddess and at nightfall entered the underworld, only to be reborn the next morning. In Hindu myths we have Brahma, Vishnu and Shiva, who are creator, maintainer and destroyer of the universe respectively, keeping birth and death in balance.

On an academic level they are an important charter of the culture and psyche of the period in which they were written. For example, the Vikings gave meaning to their death by promise of a seat in Valhalla, where they could spend eternity feasting and fighting. A fitting afterlife for a nation of warriors.

In 2005, The Myth Series was launched, an international project dedicated to the retelling of legendary tales that includes work by Margaret Atwood, Victor Pelevin, Alexander McCall Smith, Su Tong and Philip Pullman.

In Spin, which won the BSFA Award last year, Nina Allan’s alternative Greece shimmers off the page as she weaves her own variation of the Arachne myth:

“The afternoons were hot, but she relished the heat, even in the city center where every ironwork bench and stone-flagged entranceway seemed to magnify it. Once the shutters came down on the meat markets and the garbage trucks had done their rounds the streets became quiet, crisscrossed with knife-edged shadows, patrolled softly by cats. People trod softly then also, as if afraid of waking the giants that according to legend slumbered away the days in the north abandoned oil refineries and factory wastelands to the north of the city.”

It’s a world where creation can be an act of prophecy, a gift punishable by death. Allan explores art, self-expression, volition, transformation and divinity via her protagonist, Layla, who denies her birthright with “I’m not a savant. I’m a weaver. And the gods are dead.”

There’s also The Minotaur Takes a Cigarette Break by Steve Sherrill. A terrified Theseus bargains for his life, resulting in the Minotaur being freed from the labyrinth. The Minotaur, now known as M, flips burgers in a diner and lives in a trailer park. Winterson’s exploration of isolation takes us into space, while Sherrill keeps us earthbound by examining the aching loneliness of the outsider in a crowd. M is out of step with modern life, suffering from that most human difficulty- the struggle to make oneself understood:

“No matter how sweetly worded or wise the Minotaur’s ideas may be, when he puts them to tongue, terrible things happen. In the clear field of his mind things are precise. But when filtered through the deep resonating chambers of his nostrils, pushed up the cavernous expanse of his throat and across the thick bovine tongue, his words come out tortured and mutilated – deep, nasal, almost whining. The Minotaur is painfully self-conscious of how he speaks. Over the years he’s come to depend on contextual grunts, which suffice most of the time.”

He is pitied, ridiculed and vilified by turns, where “Five thousand years he would have devoured them all. These pitifully arrogant boys and girls would have quaked at the mere mention of his name.”

However, it is The Lost Books of the Odyssey that struck me in particular.

In his preface, Zachary Mason tells us that Homer’s The Odyssey is the organization of a myriad of myths. Mason used Homer as a jumping off point to go back to the source material with a pre-Ptolemaic papyrus containing “forty-four concise variations on Odysseus’ story that omit stock epic formulae in favor of honing a single trope or image down to an extreme of clarity”.

Mason pays homage to these variations in forty-four chapters, each one with a different theme and flavor. Both mystical and immediate, the narrative swaps between first and third person. He deconstructs The Odyssey, taking the shattered pieces that are war, love, memory, sex and death and reassembling them into a series that charts Odysseus’ journey to Ithaca and the ends of himself.

Mason not only works to depict Odysseus and his journey, but also the whole panoply that attends him – Penelope and her suitors, Agamemnon, Menelaus, Helen, Achilles and Calypso. Minor characters and monsters are moved to center stage to reveal various facets of The Odyssey, such as Cassandra, cursed by Apollo to never be believed as she warns the Trojans of the coming war. Nothing is certain as characters often change guises themselves. And a happy welcome in Ithaca isn’t always guaranteed. The ingredients are malleable. Penelope’s dead. She’s alive. She’s a lycanthrope. She’s remarried and startled by Odysseus’ return. Or Penelope isn’t his wife at all. Through trickery, Odysseus married Helen in- stead. Or is it Athena that’s the love of his life as well as his guiding light? This constant reinvention demands a different kind of engagement from its readers, making us reassess different aspects and nuances of the story and the characters. This may seem like literary trickery but as a writer I find it fascinating because it squeezes far more from the stock tale.

For example, Odysseus himself isn’t the stuff of Hollywood. He varies from chapter to chapter. He’s a coward and a deserter who makes his way home as a bard. He is an insomniac, becoming literally Nobody, as he famously named himself to the Cyclops. Elsewhere Paris is Death incarnate and Odysseus leaps from a tree, rope around his neck, so that he may enter the Hades that is Troy and persuade Helen to return with him:

“They left Ithaca on a mirror-clear night, the ships sweeping through black water and reflected stars. Soon the dark hulls ground on the sands of Ilium, Death’s country, the white sails were furled, and they leaped down onto the shingle with weapons in hand. The sand crackled underfoot — Odysseus scooped up a handful and saw that it was made up of ground bone, tiny fragments of tooth, skull and vertebrae.”

Mason deftly questions the nature of The Odyssey itself, again and again. As coward-bard, it occurs to Odysseus that “…I had in my hands the means of making myself an epic hero.” He travels home, living large on lies about his heroism and it is one of his reinventions that endures as The Odyssey. Alternatively, our hero is dead and The Odyssey is his afterlife of choice, a gift from Athena (“He did not want to know that he was a ghost… Let trials and cruel kings and monsters come, he said, and let them all be overcome at the last second.”)

One entire chapter is an essay on the lineage of chess. If The Iliad is a chess manual then The Odyssey is “…a treatise on tactics to be used after the game has ended… One of the few surviving pieces is Odysseus, inching across the crumbling board towards his home square.”

Zachary Mason might be likened to the Odysseuses that he crafts himself, an unreliable narrator who reinvents the story as he goes, fragment by fragment, to create something complete and satisfying. His hero looks back on his adventure as he revisits Troy, finding comfort when he mistakes a trashy souvenir for Achilles’ shield. He flings it into the sea rather than take it home. “For a moment it seemed to hang motionless in the air and I wondered if my gesture had somehow permitted me to step out of time…”. Mason appears to be telling us that we aren’t just defined by the artefacts we leave behind. It’s what enters into legend that illuminates our legacy. Which makes me curious. What will remain from our storytelling culture in another 10,000 years?

Mason’s short chapters force an economy of language that’s worth studying. He evokes Ithaca with “The smell of the island had not changed- oak, heat, sea, stone – which heartened Odysseus as his white-sailed ship dropped anchor.” The Trojan war and Achilles are summed up in a few lines:

“…a small, cramped tent with the lamplight shining on Achilles’ obdurate frowning face, the warm glow of his armor, the shadows on the worried faces of his bent crowd of supplicants. The humming arrows as they darkened the sky above us. The interior of the horse, confined and creaking like the hold of a ship.”

I urge you to read this book. It’s more than a series of short stories masquerading as a novel. It’s a lesson in the writer’s craft, offering a bold alternative to the linear narrative that rival’s writers such as Cavalino. Its segmented style allows Mason to change point of view and focus, all the better for exploring his themes. Chief among which is the very nature of storytellers themselves and it’s only when we question ourselves, our inner nature and truths, that our writing is truly illuminated.

Other recommended myth based works:

The Palace of Illusions by Chitra Banerjee Divakaruni
Achilles by Elizabeth Cook
The Song of Achilles by Madeline Miller
Ragnarok by A.S. Byatt 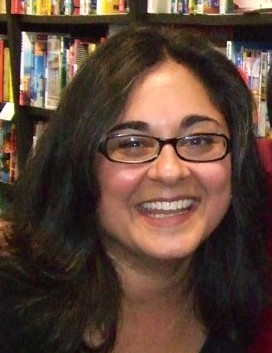 Priya Sharma’s short fiction has appeared in venues like Interzone, Black Static and Tor.com. Her work has been reprinted in various “Best of” anthologies. She is a Shirley Jackson Award finalist and a British Fantasy Award winner for her story "Fabulous Beasts." She has original work out in 2017 in "Black Feathers" (an anthology of avian horror) and "Mad Hatters and March Hares" (fantasy inspired by "Alice in Wonderland"). More info can be found at priyasharmafiction.wordpress.com