Fidelity, Meaning, and Metadata: Observations of a New Translator

Early in the process of my first translation for Clarkesworld, I wrestled with the issue of the protagonist’s name. Wu Kong（悟空）, ‘Awakened to Nothingness,’ was the religious name given to the Monkey King by his first master, perhaps to imbue the headstrong creature with Buddhist moderation. In Chen Hongyu’s Western Heaven [1], a robot awakens to the stark fact of a despoiled, forsaken Earth. It names itself Wu Kong after reading Journey to the West thirteen times. I wanted to keep the short, catchy Chinese name, but I didn’t want to lose ‘Awakened to Nothingness’. It was just too fitting. Furthermore, after talking with a large sample of Chinese friends, it was clear that many Chinese know the name’s meaning. Wu Kong isn’t just an empty signifier to them. They don’t merge with the void every time they hear it, but something like ‘Awakened to Nothingness’ is at play in their minds, perhaps subconsciously.

Thanks to Ken Liu’s writings on translation fidelity, I aimed to recreate emotional reactions, not just ferry information from one language to another. I’m still not sure my solution was optimal. After Wu Kong transmits its name to a new robot friend, I added a line:

This transmission came with the name’s meaning embedded: ‘Awakened-to-Nothingness.’

I could have used a footnote—as Ken advocates—but I often skip them when reading fiction. My line didn’t detract from Chen Hongyu’s vision, or so I convinced myself. Her robots communicated by radio, so what difference did it make if one transmission contained some metadata? The recipient was not just an ignorant street-cleaning bot named Pig Face, but Chen’s new Western audience. Her story itself was on a Journey to the West.

Maybe I overstepped. I’ve come to realize that translation, like any art, is a series of hard choices, and publication doesn’t bring closure.

I had been living in China for almost nine years, and had translated contracts and other documents for Chinese companies. I had been writing since I was a kid, but somehow fiction translation hadn’t occurred to me. One afternoon in the MidAmeriCon II showroom, Tod McCoy, Hydra House publisher and author, suggested that I give it a try. This suggestion left me wondering about blind spots, and fate.

That night at one of the bar-cons, I offered my services to Neil Clarke. Three weeks later I was fretting over a free-spirited robot named Wu Kong. I wanted to find what author and critic John Berger called the “quivering wordless thing” beneath the text. I read Western Heaven four times, trying to glimpse Chen’s pre-verbal story and spark a true Berger-esque translation. All I did—besides learn the story inside and out—was wind myself up. I was too new to the game to be attempting the mystic ecstasy Berger called for. I ended up producing a very hi-fi first draft, a wordy monstrosity. I was appalled.

My draft was a product of fear, obsessive and unreadable. Compare a passage to what it eventually became:

The silent robots were still silent a moment longer. Soon afterward they reacted one by one to no longer being able to collect solar energy, and in succession they set about dispersing in all directions, each hurrying toward its respective rest area. The sound of their buzzing activity resounded in the quiet world. (53 words)

The robots were silent a moment longer, before reacting to the darkness, activating, stirring, dispersing toward their rest areas. Their buzzing activity resounded in the quiet world. (27 words)

Meticulous translation of Chinese can often be wordy even when authors aren’t. I discovered this early on, while translating the driest of technical documents. Perhaps it’s due to some fundamental difference in the way English and Chinese operate, something psycho-grammatical I have yet to grasp—or maybe it’s true of all translation.

In Chen’s defense, there were times when an almost word-for-word translation resulted in concise English:

There was no endless scattered smog here, no rivers of sewage upon the earth—but here was the unfathomable human heart. (这里没有散不尽的雾霾，没有污水横流的地面，却有捉摸不定的人心。)

I whittled that down only slightly for the final draft, which would appear in Clarkesworld in less than a month. It turned out my first draft had a bigger problem than wordiness. I should’ve read Ken Liu on translation before starting. Obsessed with clarity, I had erased all the idiomatic flavor of Chen’s writing. When confronted with idioms (usually the four-character variety called chengyu) I’d gone with the figurative sense, rather than the often-obscure literal meaning. For instance, I’d translated the idiom che shui ma long (车水马龙) as ‘heavy traffic,’ which is fair, but lacks the spice of ‘cars and horses flowing like rivers and dragons.’

Western Heaven is, to some degree, a retelling of Journey to the West, complete with an impulsive Wu Kong, a comic pig-like companion, and a quest for deep knowledge. It ought to have some Chinese flavor. So, I went through the story again, studying the idioms and weighing their literal merits. Since I did not grow up with Mandarin, but learned it in my thirties, this cost me several days. Time was running out. In the end, I only used two or three literal idioms. ‘Heavy traffic’ became ‘rivers and dragons of traffic,’ and I still wonder if the Great Idiom Review of mid-October 2016 was worthwhile. The process for my second Clarkesworld translation, Wang Yuan’s Painter of Stars [2], was quite different. This story is also about a robot seeking the meaning of life, but its similarity to Western Heaven ends there. Wang’s tale has a distinctly American flavor. The main characters are New Yorkers, including the robot hero DaVinci, and many of the cultural references are American. The inciting incident is based on a real American tragedy: the beheading of James Foley by ISIS militants. This time there was no need to preserve Chinese idioms. The balancing act was how American to be when rendering Wang’s prose and dialogue.

Sometimes Wang clearly intended a specific Americanism. Early in the story, DaVinci contemplates leaving his master’s house, a violation of programming. ‘As far as I was concerned,’ Wang writes, ‘it was one small step. With regard to AI, it was a big step.’ All I had to do was plug that in to Armstrong’s template: ‘It would be one small step for me, one giant leap for AI.’

At other times, Wang inadvertently handed me a chance to Americanize or even New York-ize. Toward the end of the story, DaVinci contemplates death, imagining a final sunset and the end of his solar-powered life. Wang uses luomu (落幕) here, meaning the curtain drop at the end of a show. The obvious rendering, given DaVinci’s New York roots, was ‘curtains,’ evoking mafia hits and Broadway.

At one point, while New York-ifying some dialogue, I began to suspect that each new story translation would be a novel process. Two don’t make a pattern, of course. Having just begun my third translation for Clarkesworld, I still don’t know if I was right, but the Western Heaven experience couldn’t have been more different from Painter of Stars.

While reading the former in Chinese, I was continually reminded of a dying Chinese art, the raree show or la yang pian (拉洋片). This is 19th century peepshow storytelling. The showman sings or chants his tale while revealing illustrated panels inside his raree box. I’d seen la yang pian at temple fairs in Beijing, Hangzhou, and Xi’an. These rhythmic tales usually starred the Monkey King. La yang pian had enchanted me, and I hoped to evoke some of that magic in my translation of the fable-like Western Heaven.

One month later, I was re-watching Scorsese films to brush up on my New York-ese.

I’m a ridiculously lucky person. My Mandarin has matured at just the right time, only a few years after Ken Liu flung open the doors to Chinese sci-fi translation—and right after Neil Clarke published two of my original stories, which is why he took a chance on me as a translator. My conversation with Tod McCoy was also pure luck. In the context of Liu Cixin and Hao Jingfang’s Hugo wins, the timing seems like providence. Chinese science fiction’s profile will continue to rise. Such a massive pool of talented writers—living, incidentally, in the most quickly-changing and ‘sci-fi’ country on Earth—needs only willing translators to change the face of science fiction. Ken can’t do it all; he’s a busy guy. I foresee bilingual authors rising to the challenge, especially when they realize translation can only improve their writing.

In fact, I see just one possible impediment to Chinese science fiction’s rise.

As I said, modern China is a surreal place, so much so that a new literary genre has emerged there: chaohuan (超幻), or ‘surpassing the imaginary.’ In a land where cities blossom overnight and fresh air is sold in plastic bags, can sci-fi compete with real life? Perhaps Chinese chaohuan, rather than kehuan (科幻)—science fiction—is destined to change speculative fiction.

I welcome either possibility. For me, the draw of science fiction is the allure of the strange, the unfamiliar, the other. My new role of translator is itself chaohuan. As a science fiction writer, I’m supposed to be a kind of seer, adept at prediction—but I didn’t see this coming. 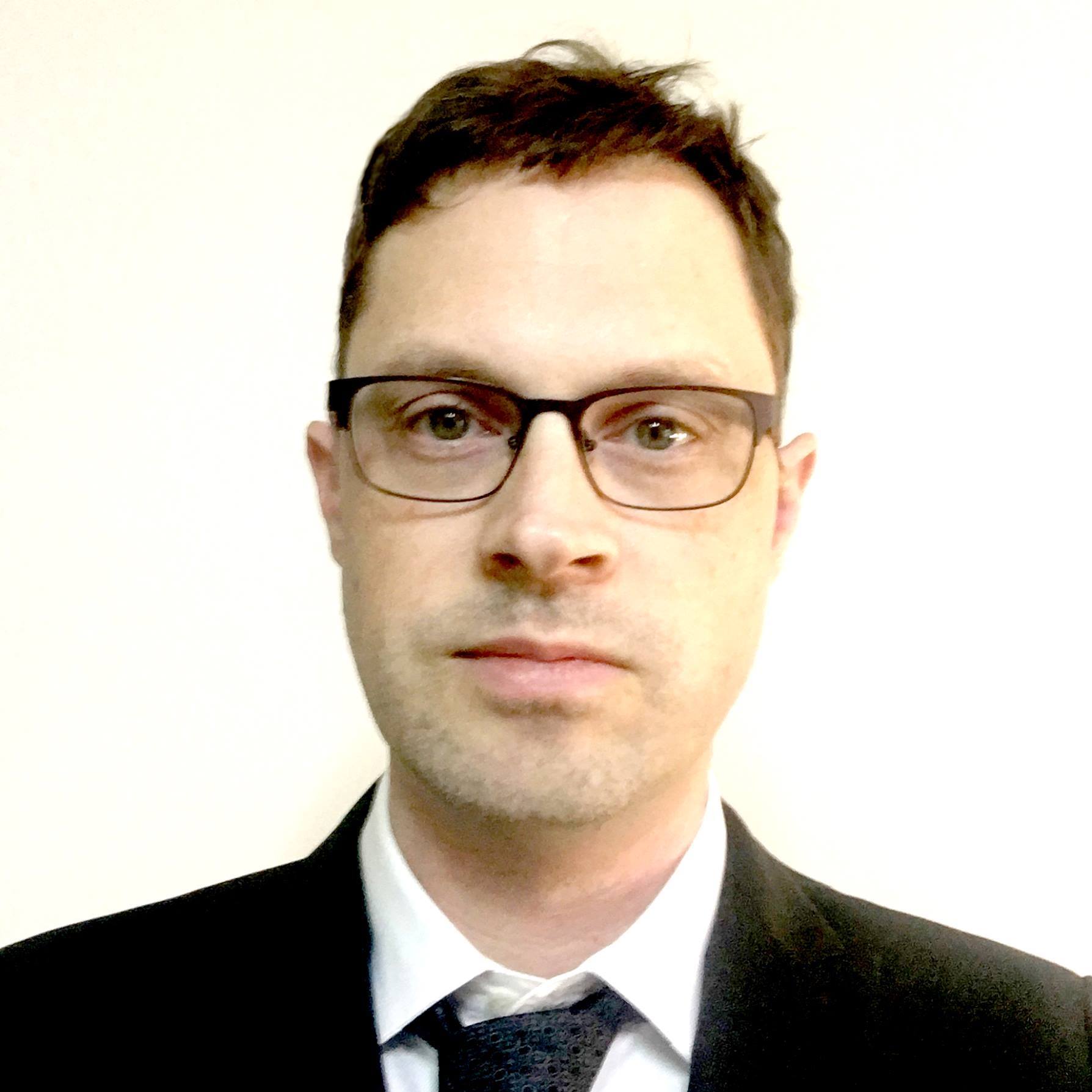 Andy Dudak's fiction has appeared in Analog, Apex, Clarkesworld, Daily Science Fiction, Rich Horton's Year's Best, and elsewhere. His stories have been recommended by Tangent and Locus, and he's had four honorable mentions by Gardner Dozois. He's currently working on his third translation for Clarkesworld, while living in the Xinjiang Uyghur Autonomous Region of China.