Glimpses of the Evolving Beast: The Mumble Jumble of a Translator

During Eurocon 2016 (aka. BCon) in Barcelona, I met Francesco Verso, founder and editor of Future Fiction, a speculative fiction publishing house based in Rome, Italy. Francesco is enthusiastic about promoting the science fiction from outside the English speaking countries. He believes that voices from other parts of the world should be heard, and the tales of the future should be told with more than one language. As it is, I fully agree with him about the vision of a diversified landscape of science fiction.

Then, almost at the same time as my meeting with Francesco, I received an email from Salik, the founding editor of Mithila Review. He told me that we had an opportunity to interview Cixin Liu, the author of the highly acclaimed novel, The Three-Body Problem. While Liu could read English without difficulty, he preferred to answer the questions in Chinese. Meanwhile, Mithila Review planned to publish the interview in both Chinese and English. So, a translator was needed to facilitate this bilingual interview. Needless to say, I was more than happy to take up the job.

The implication of these two little occurrences is that, although it is a good idea to share stories or information with everyone, many of us have been separated by Tower of Babel ever since the beginning of human history. As a writer and translator of speculative fictions, I very much understand the need to mediate literature texts from various source languages, especially when you want to share the great science fiction and fantasy works with people in different parts of the world.

Many years ago I came upon the Chinese edition of The Dark Elf series by R.A. Salvatore. Once I had exhausted those translated works, I wanted more. But the other books in the series were not available in Chinese; I had to read the rest of the stories in their original form, i.e., in English. When George R.R. Martin began to publish his groundbreaking, breath-taking epic fantasy, A Song of Ice and Fire series, it was the traditional Chinese version published in Taiwan that I first stumbled across. It was only the first volume, A Game of Thrones, but the dauntlessness of it shocked me, as it might shock many others back in those days.

When a friend from a publishing house in mainland China contacted me for the translation job of Martin’s series, I had to accept it. Due to the length of the books, we had to split the works among three translators. Even so, it took about half a year to complete one single volume. Somehow I survived the work and suddenly one day the Chinese edition of A Song of Ice Fire series were out in the bookstores. After HBO adapted the books into the popular television series, there was a huge surge in demand for the Chinese edition as expected.

After the fourth volume, A Feast for Crows, I stepped away from the project. I had always been fascinated by New Weird fiction. When the opportunities to translate China Miéville and Jeff VanderMeer were presented, I jumped right in. Soon the Chinese editions of The Scar, The City & The City, and The Southern Reach Trilogy would be in the hands of readers hungry for the best of speculative fiction from around the world.

I became a translator because of my strong fondness for science fiction and fantasy. During Eurocon 2016, I met several translators from Italy, Bulgaria, Czech Republic, Hungary, Finland, and other countries. Whatever language they translate to or from, they were all passionate and enthusiastic about their work as translators of speculative fiction; they make it possible for readers to enter the fantastic and alien realms of imagination from diverse authors in their native tongue.

Unfortunately, the pay for literary translation is quite low. Translators either have another profession or have to take up business/commercial translation contracts from time to time. Thanks to a group of active translators in China, about 80% of Hugo and Nebula award novels have been translated into Chinese. However, those imported books usually don’t sell well, partly because of cultural barriers and limited market for science fiction and fantasy.

That said, it does not mean Chinese readers don’t like science fiction and fantasy. On the contrary, in recent years, Chinese science fiction has won a great many readers within and outside the Chinese-speaking world. I strongly believe that Chinese SF authors deserve to read widely, globally—that’s why I blog at Amazing Stories, sharing SF&F news/information from China. Occasionally, I also do translations from Chinese to English, in both fiction and non-fiction categories.

As a translator, I have been an observer all along, watching other writers build their narratives and temper their rhetoric. Still, it took me a while to find the confidence to complete my first story. It was not perfect, not even close, but this little accomplishment at least proved I could weave plot lines in a somewhat self-consistent manner. It was a surprise to me when the Chinese Nebula Award bestowed me the honor of “best new writer” in 2016.

While I consider myself a translator-turned-writer, there are talented writers like Ken Liu who take up translations.

Ken Liu was born in China and moved to the US at the age of eleven. No doubt, the experience of cultural transition gave him insights into both Chinese and Western ways of thinking. It was this acute understanding of cultural differences that allowed him successfully conveyed the subtle concepts between the lines in The Three-Body Problems and other Chinese science fiction stories he has translated. As a translator, Ken helped The Three-Body Problems and Folding Beijing win Hugo Awards.

Ken Liu’s original stories have been translated into Chinese and are equally sought after and loved by readers. Among those who have translated Ken’s stories, Xia Jia and Wu Shuang are popular writers themselves. As English and Chinese are so different from each other, translators have to rephrase the statements to prune the duplicate components, supplement whatever is missing and change the order where necessary. In this regard, there is perhaps an advantage for writers to become translators because they have the instinct to capture what is important in the story and reorganize the target text effectively.

Some might ask, if the needs to mediate between cultures and languages are so strong, why are not there that many literary translators? As you might already know, translated books are not very popular in the US market and The Three-Body Problem is a rare exception. I believe many translators do not get a chance to translate novels into English. In the meantime, in China, although science fiction is getting more and more attention, compared to other literary categories, speculative fiction is still a small portion in the market. It might be a good idea to inspire more fans to join the translators, because they have the enthusiasm to hone their skills and the motivation to render the stories they care for into the target language as perfectly as possible. After the translation is done, a book needs to find readers, and fans can help promote the books they love and put so much energy in.

In 2015, Xia Jia’s short story, Tongtong’s Summer, was just one step away from the finalist of Hugo Award. It is a touching and inspiring story and many people liked it. Before Xia Jia started her writing career, however, she was an avid fan of science fiction. Today she is a popular writer, and a researcher of science fiction literature. Over the years, apart from writing stories and academic essays, Xia Jia has also translated quite a number of stories by Ken Liu and Ray Bradbury. She even joined the efforts of a group of translators for Jeff VanderMeer’s non-fiction, Wonderbook: The Illustrated Guide to Creating Imaginative Fiction. As it turns out, Xia Jia is as good a translator as she is a writer and scholar. However, despite all her achievements, personally, she always claims herself as a fan for science fiction. This is an example of how writers and translators often both start as a fan in the genre.

2016 saw many changes in science fiction publishing in China. New companies emerged, operating on a level that is not just about books and magazines, but also media formats like VR and film. Beijing, Shanghai and Haikou hosted academic conferences specializing in science fiction studies. Various SF writing contests were held as the organizers sought new talented writers. A chain of restructuring activities has been set in motion by capitals and politics. For example, stage drama for The Three-Body Problem was performed across the nation and the release date of the movie adaption for the same title was scheduled in 2017.

Storycom, a company in collaboration with Clarkesworld Magazine to publish Chinese SF stories, has kick-started 15 SF projects in China, ranging from movies to TV dramas to electronic games. Sooner or later, all these thriving activities will seek a way to break out the language barrier, as Storycom has already done for the Chinese stories published on Clarkesworld Magazine, by popular authors such as Xia Jia, Hao Jingfang, Chen Qiufan, etc. Meanwhile, readers in the English-speaking countries have already begun to embrace the SF&F from other parts of the world.

Hugo Award presented three translated stories in the last two years: The Three Body Problem by Cixin Liu, The Day the World Turned Upside Down by Thomas Olde Heuvelt, and Folding Beijing by Jingfang Hao. It was not a usual phenomenon in the past, and if this trend continues—very likely, it will continue—translators familiar with speculative fictions will be in even higher demand. When that day comes, I hope there will be more people join the relatively quiet group (well, if they are loud, they are loud for other reasons) who call themselves literary translators. After all, the market of speculative fiction is like an evolving beast, and we need some tether to hold it together in this age of diversity. 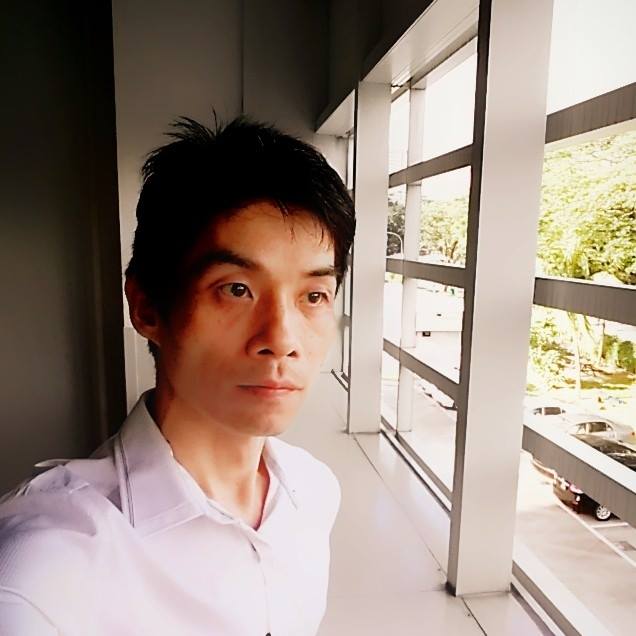 Shaoyan Hu is a writer/translator for speculative fictions, born in China and currently living in Singapore. He has a number of short fictions published in China and won the Best New Writer of Chinese Nebula Award in 2016. As a translator, he has translated several English novels into Chinese language, including A Song of Ice and Fire series (by George R.R. Martin), The Southern Reach Trilogy (by Jeff VanderMeer), The City & The City and The Scar (by China Miéville) and Marooned in Realtime (by Vernor Vinge). Along with Regina, he also keeps a blog on Amazing Stories Magazine website, maundering about Chinese science fiction and Chinese fandoms.