They say my sister was born
at the point where the ocean meets the sky;
that she appeared nestled in an oyster,
washed by the waves onto our doorstep.

This, I can believe.
Salt lines my sister’s hair;
the ocean purrs under her tongue.

On clear days, her skin billows like a white sail in the wind,
on stormier ones, it undulates,
ripples pulsing from the crook of her elbow,
stretching out into the infinity of her fingertips.

Every photograph we take of her
smells faintly of the sea when printed.
Later, after she leaves,
we look at these pictures,
but they melt away at the edges,
cascading in droplets to the floor.

Water returns to water;
the river always flows back to the ocean’s embrace.
On the day my sister turns eighteen
the ocean seeks reclamation.

We find her sheets dripping water,
single conch shell left as gleaming centre-piece.
A seagull pecking at the window,
a trail of glistening sea foam in her wake.
We trace her footprints down to the front porch –
but they have evaporated against the heat of morning sun.

Green glass glimmers
against bone-dry sand.
Afterwards,
I press my head into her pillow,
try to piece together
the remnants of sea
she left behind. 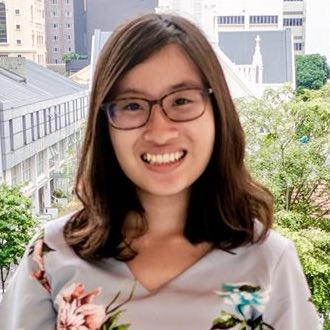 Sarah Ang is a nineteen-year-old writer from the tropical city-state of Singapore. She has won multiple international awards for her writing, including first place in the iYeats International Poetry Competition (Emerging Category), first place in the IGGY and Litro Young Writer’s Prize, second place in the Blue Mountain Arts Poetry Contest and third place in the Ledbury Poetry Competition for Young People. Her work has also been featured in publications such as Alexandria Quarterly, Medusa’s Laugh Press, theClaremont Review, Page & Spine and the Forest for the Trees Journal, among others.