The biggest release of that year was a murder mystery. Three minutes into the movie, a cherubic cat named Nina was horrifically skinned alive and killed on camera for a snuff film. The next eighty-seven minutes gave you equally incriminating evidence against three prime suspects who could have been behind the camera. At the ninety-first minute, we could see the three suspects at a coffee shop, together on screen for the first time. That’s when a soft voice-over cajoled movie patrons to choose their cat killer. You could choose the cat killer by merely looking at one of the three suspects for a minimum of “five uninterrupted seconds.” The coffee shop scene lasted for a full two minutes giving viewers enough time to deliberate and make a choice. The movie ended as an unsolved mystery if you failed to gaze at either of the three for five seconds, uninterrupted. If you did choose one, the sensor on your Spectaculus HX3 headset would gauge your line of sight and send the result to Spectaculus HX3 Smart Server who then would promptly beam you the matching version of the movie’s last reel; validating the person you chose as the most despicable villain of the year or, going by some reviews, the entire decade!

This was Agami’s third viewing. Having picked the guy with the chipped-nail-on-the-left- index-finger as his latest suspect, Agami was as content with this version’s smooth and logical conclusion as with the previous two. That he saw all three versions at his favorite theater only added to his contentment. Agami liked RexMEDIA Centre for its latest UltraDef-24.1 NodeStar technology, but more so for its generous spacing between seats. With four feet left-right and three feet front-back spacing, it was the best in town. Other less spacious theaters forced Agami to press hard on his headset in order to focus whenever a chuckle or shriek went off in a nearby seat. But secretly, he admired such exuberance in people. He admired their ability to let go and express themselves without inhibition, a stark contrast to his own mortal fear of being judged. Agami sat in those dark halls, liberally moistening each kernel of popcorn before munching it to minimize the crunching sound, lest someone cast a disapproving glance and send him on a spiraling guilt trip.

That’s that then, he thought on his way out, three versions done. ‘Money well spent’, he posted. ‘Four Stars’ he tweeted, ‘Yo!’ he yo-ed and ‘/\’ he respekted on his social channels. Just when he was about to call his girlfriend to discuss the movie at length, he received a message:

Hey patron, hope you enjoyed all versions of #chooseyourkiller. Do come back for a special screening of the latest version to be released tomorrow at 11 am. In this groundbreaking new version, you don’t have to actively choose a killer. The new updated Spectaculus HX3 headset with its in-built electroencephalogramHX3 will now monitor your brain activity through the course of Act One & Two and through our Transcranial Magnetic Stimulation HX technology –which, as the name suggests, uses electromagnetic induction to stimulate the brain from outside – your brain then will be able to send out your choice directly to our servers, enabling a smooth flow towards Act Three. In short, sit back, relax, and give thought a free rein. Explore the deepest recesses of your brain. Find out how well you know you!

There was a thirty percent markup on price, steep but manageable. Agami did a quick mental calculation and concluded that his plans to buy the limited edition Vonnegut doodles will have to wait. He politely excused himself from lunch date with his girlfriend. “Sorry darling, my tennis lessons got rescheduled,” he lied, immediately realizing that the lie was as inadequate as it was unnecessary. But what was done was done and so he switched off his phone’s location tracker before leaving the house in order to go untraceable. Yet another wrong move bound to raise suspicion, he noted in quiet panic while waiting for the movie to start.

By middle of ACT I he made up his mind on Suspect B as the cat killer. By ACT II, fresh unequivocal evidence further pointed to Suspect C as the killer. The last reel started and – to his surprise – showed Suspect A as the despicable cat killer. How could this be? He thought he had thought Suspect C. He looked around the hall and everyone seemed satisfied with the results. It could be that he was too preoccupied with the danger of being caught lying to his girlfriend and his mind was muddled. Unsatisfied, he went back to the counter and bought a ticket for the next show. This time he chose Suspect B with crystal clarity but the movie ended with Suspect C as the killer. He returned to the counter. The day’s last show was to start in forty-five minutes so he went for a walk. Calm down Agami, it must be an anomaly. Relax, it’s not a test. All you have to do is think straight. Sit back, relax and give thought a free rein. He felt better after the walk, treated himself with overpriced nachos just to get in the mood.

He stopped overanalyzing the clues. B, C, B, A, C, B, it didn’t matter. I am here to watch a movie and perform a simple task. Think. And I think the killer is Suspect B and so be it. He lived in the moment through the course of the movie.

“That’s impossible Mr. Agami, our technology is perfect,” said the Spectacular HX rep who looked like a cross between a scientist and a gamer. He then proceeded to show Agami six months’ worth trial results that they conducted before going live in market and the results showed a hundred percent success. “Ah wait,” he said to Agami smugly when the secretary came in to hand a fresh bunch of papers, “today’s real world screening results are in, we served all our patrons last reel based exactly on who they thought the killer was. Zero discrepancies, except of course, you.”

At the parking lot Agami thought he saw a rat in his car. “I think I think I saw a rat but who is to say that is correct,” he thought, “ I love Jana, always have, but it could be a thought trick.” There were certainly moments when he absolutely hated his cat. Maybe I am being sold a ruse all this while. Maybe there is another being in there who’s calling the shots. Agami was reminded of his times at the temple when he had hardcore sex in mind while praying. He struggled to keep those thoughts away but they would involuntarily take center stage the moment he put his hands together and closed eyes. Maybe that was the real me trying to creep out at an opportune moment, he pondered, maybe that was the person who chose Suspect C when I chose B.

In the days that followed, Agami was convinced that he was living out social norms and he wasn’t himself. He took an oath to live by his inner self, which was against all he did till then. He stopped visiting his mother, broke off with the girlfriend, stopped taking a shower and so on. When friends questioned, he announced that he won’t be living based on people’s expectations of him and that this has been going on for too long and started messing with his brain, it had to stop.

When humans started living with a social contract it seemed like a fair idea, he explained. When villagers complained about the monks felling saka trees, it was Buddha who ordered the monks to stop and give way to social order. “We are living this compromise for centuries,” continued Agami, “a compromise between the best of all – which is to do injustice and not be punished – and the worst of all, which is to suffer injustice without the power of retaliation.” Now that is an unnatural way of living, he proclaimed.

“If the monks felt like cutting trees they should have let them and let nature take its course,” he said.

“Let there be freedom to plunder and defend, to rape and murder, let there be war of all against all, let it all end because what is life’s worth if we are unable to think and do, what we want to think and do. We might as well be lab rats!” concluded Agami.

He ended in a much higher pitch than the one he started with. He got down from the couch that he had clambered on to and proceeded to defecate on his friend’s Turkish carpet.

It was this new habit of open defecation that led people to assume Agami killed his cat when it was found hanging from the fan in his bedroom. He was arrested in the midst of a free thought seminar he was conducting. His followers, a considerable number by now, chipped in with donations to secure a good criminal defense lawyer. The prosecutors got a beeline of witnesses to testify ninety-eight instances when Agami defecated in public without reason or warning.

“That’s preposterous,” Agami had argued at one instance when he lost his cool, all that shitting was him exercising free thought and had nothing to do with the cat’s death. There were exhibits from defense that proved Agami’s love for his cat. Family photos, videos, gifts, surveillance footage, social feeds of the cat and Agami demonstrated their close relationship. The court sketcher and stenographer worked on their networked machines taking all into account.

Then came another round of witnesses who recalled instances when Agami displayed hatred towards the cat. This group from the prosecution included Agami’s girlfriend. Agami felt uneasy but quietly confident about his defense against all witnesses until he spotted the Spectaculus HX rep in the room and felt naked in his presence. Here’s the man who knows the inner workings of my brain better than I do, what data is he sitting on, is he going to lay it all out in the courtroom? Such questions kept Agami preoccupied for the rest of the trial.

But the rep never took to the witness box. It was time for jury to begin deliberation. The bailiff brought out a portable projector and wired it up to the court sketcher’s network. The stenographer put up the finishing touches and began the transfer. Lights went out. Agami recognized his first photograph as a baby, the watery dark eyes now staring at everyone in the courtroom. Superimposed on that photo was the title #AgamiDeliberations. An impressive montage of Agami’s early life followed, part video footage part social feeds and CGI, all seamlessly weaved in. The court audience reached out for their Spectaculus HX headsets placed below each seat. 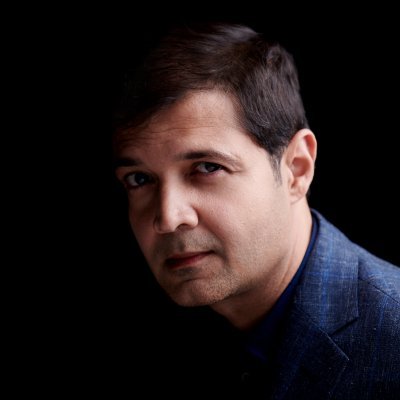 Abhishek Bhatt is an award-winning media professional and storyteller. When not chasing targets and meeting people, he spends his time speculating which shiny new technology is going to put him out of work. A series of glorious accidents brought him to Singapore (and, by extension, south-east Asia) in 2006. He hasn't left since. You can reach him here (email).