America Under Siege: Creating An Alternate History with Dean A Brink

Tell us about your story.

What was the inspiration behind your story, “Flower Arranging at the End of the Japanese Empire”?

Research for my book Japanese Poetry and Its Publics: From Colonial Taiwan to Fukushima got me thinking about Taiwan and its relationship with Japan, where I have also lived. Actually I remain close to Japan, the US, and Taiwan (and now am a citizen of Taiwan as well as the US). I have participated in Japanese poetry (senryu and tanka) writing groups in the US and Taiwan as the only non-Japanese or non-Taiwanese and have researched how during the actual Japanese Empire poetry was used and Taiwanese were presented in the newspaper poetry columns during wartime. I transposed this dynamic to a flower arranging (ikebana) association for teens. The original draft of the story was set in Taiwan, the first big colony acquired by Japan after the First Sino-Japanese War (1894-1895). Writing in English, I transposed it to the mountains of Washington State to better clarify various colonial ironies with readers. I know the region described in the story from spending time with family friends who lived there.

What was the most challenging aspect of writing this story?

Certainly creating a sympathetic character who reflected the complexities of colonial indoctrination was challenging, as was leaving open windows for seeing how racism exists relative to national dogma (that is, deconstructing racialization in America as well as Japan).

I’m working on a posthuman semi-postapocalyptic novel set mostly on the Oregon coast.

What are you reading these days?

I’m finishing a textbook, Philosophy of Science and The Kyoto School: An Introduction to Nishida Kitarō, Tanabe Hajime and Tosaka Jun.

I also have a couple science-related articles forthcoming: “Rewilding and Neoliberal Territorialities after the Anthropocene: Cybernetic Modeling of the Oriental Stork as Critique,” in Environmental Ethics and Intercultural Explorations, ed. by Monika Kirloskar-Steinbach and Madalina Diaconu; and “Quantum Dialectics” in Philosophy Today, Special issue, “New Materialist Concepts,” ed. by Iris van der Tuin and Adam Nocek.

You can find Brink’s story “Flower Arranging at the End of the Japanese Empire” in Issue 12 of Mithila Review available at Gumroad, Amazon (Kindle), Apple (iBooks), B&N, Kobo & Weightless Books. 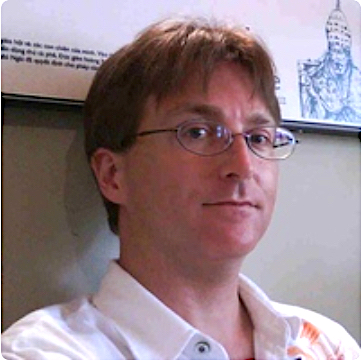 From Tacoma, Washington State, Dean Anthony Brink teaches literature and culture, including science fiction and creative writing, at National Chiao Tung University in Taiwan. His fiction has appeared or is forthcoming in Helios Quarterly Magazine (“The Migration,” “The Scarlatti”), speculative fiction anthologies including Incarceration(“The San Francisco Fun House”) and Like a Woman (“DearDeparted®”), and his space opera libretto in Space Opera Libretti (“The Threepenny Space Opera”). His blog is interpoetics.blogspot.com.
Salik Shah