The monstrous invading the ordinary: Reading The Best of Richard Matheson in a time of Coronavirus

A young woman is hunted in her own home by a sadistic doll possessed by the ancient spirit of a deadly killer (“Prey”); a traveling salesman finds himself chased and hounded on an empty stretch of highway by a murderous trucker (“Duel”); a deranged gunslinger comes to town and unleashes a cascade of spiraling violence (“The Conqueror”); a lonely pensioner is rudely awakened at night by a phone call from her long-dead husband, who promises to visit her in a few minutes (“Long Distance Call”); an organist discovers to his horror that his church organ has come to life, and intends to kill him before committing suicide (“Shock Wave”); a man wakes up inside a coffin and digs his way to the surface, only to discover the horror of his reality (“Where There’s A Will”); a happy father of two cuts himself while shaving to discover that he is an android, and suddenly finds himself questioning his sanity (“Deus Ex Machina”).

These and other stories make up the world of The Best of Richard Matheson, a chilling collection of tales ranging from the unsettling to the whimsical, and from the bizarre to the campy, all of which convey the eerie sensation of living in a deceptive, malleable world where the familiar feels threatening, the unknown terrifying, and where danger lurks just behind a veneer of normalcy.

Very often, the challenge of being a pioneer in a new field means being required to toil in obscurity for far longer than those who follow in your footsteps, while those who follow build on your labours, harvest the field using tools and conventions you devised, and cement their reputation and legacies to great acclaim. Think mind-bending thrillers, and Stephen King or Black Mirror come to mind. Fantasy fabulism, and perhaps it’s Neil Gaiman. Adventure or coming-of-age escapist tales? One might consider Steven Spielberg. But while each of these may be a household name today, the writer whose work inspired their oeuvres, and who planted the genres and themes they were later able to reap, has now largely slipped back into relative obscurity even as his spiritual successors have achieved great renown.

A new collection from Penguin attempts to rectify this oversight by restoring some long-overdue recognition to the work of Richard Matheson. A prolific writer who wrote extensively in the science fiction, fantasy and horror genres, Matheson is now mainly remembered for his 1954 novel I Am Legend (adapted for the screen three times), his work on the pioneering science fiction television series The Twilight Zone, and for ideas which have arguably set the tone and tenor for the last fifty years of popular culture – from Star Trek to Stranger Things, Black Mirror and beyond – through the works they have influenced, revealing the extraordinary genealogy of this singular imagination. The thirty-three tales collected in The Best of Richard Matheson scour the far reaches of the author’s vast and varied legacy to summarize and introduce the depth, range and potency of his imagination to a new generation, serving as the first major retrospective of his extraordinary career.

While these tales span from genres as diverse as Westerns to crime thrillers, their spine consists of attempts to perform a threadcount of the very fabric of human resilience, analyzing how individuals react internally and externally to circumstances which have slipped beyond their control. What makes them particularly relevant at this point is their central theme of the monstrous suddenly invading the ordinary, where horror is moved out of traditional gothic or exotic settings and into the mundaneness and quietude of suburban life, making its presence all the more potent, disruptive and unsettling in contrast.

First, there are the stories which paint a portrait of individuals who suddenly find themselves alone and afraid in an unfamiliar or threatening world: a trio of space-travelers investigating the ruins of a crashed spaceship discover to their horror that the corpses in the wreckage are their own (“Death Ship”); the unsettling appearance of a janitor makes a young couple investigate the possibility that they might be specimens in an alien experiment (“Shipshape Home”); an accidental time-traveler finds himself trapped in the body of a convicted criminal hours away from being executed (“The Prisoner”); a mentally unstable passenger on a flight observes a strange creature sabotaging a wing engine, and struggles to convince the flight crew of the imminent danger (“Nightmare at 20,000 Feet”); a mild-mannered funeral home director finds himself roped into planning a funeral for a vampire, where the monstrous literally breaks in on the ordinary (“The Funeral”); a newly-orphaned, mute, telepathic child is bullied into conforming to the norms of a more primitive society (“Mute”).

A second group examines the fragility and antifragility of relationships, which keep people strong and sane under pressure, but which can also imperil them in times of crisis: in “Button, Button”, a young woman is tempted with a hefty payout if she is willing to push a button and let someone she doesn’t know be killed – with unforeseen consequences; a society descending into lawlessness and anarchy on the last day of the world serves as a backdrop to the moving story of a young man seeking to reconcile with his estranged mother (“The Last Day”); a man disappears after visiting the washroom at a lonely highway diner, prompting his wife to begin a furious search to prove his existence (“Dying Room Only”);  a lowly janitor at a prestigious university wakes up one day to find himself with prodigiously developed mental abilities, but invites the envy and enmity of his friends and colleagues alike (“One For The Books”); a young couple is terrorized in their own home by the arrival of a vindictive stranger, forcing them to decide whether the revelation of an unwelcome past marks an end to their relationship (“Now Die In It”).

Lastly, there are the stories which anatomize the manias of people in a state of quiet desperation, painting portraits of minds that have slipped into in a state of mania, and teaching us that anger is a momentary madness, as are fear and anxiety: a husband awaits news of the murder of his wife while taking his son to the mall (“A Visit to Santa Claus”); an unnamed mutant locked in a basement describes the systematic abuse and deprivation meted out to him by his parents (“Born of a Man and Woman”); a teenager with special needs describes the series of events which led to her murdering her neighbour over a perceived slight (“Dress of White Silk”).

Straightforward, unpretentious and yet sophisticated, these stories impart an urgent fluency that makes it easy to slip into other worlds where things are just slightly off-kilter, and where the monstrous (or sense of monstrous reckoning) creeps up stealthily on the ordinary, and then bursts onto the scene with little warning, often in a twist. The monstrosity of these worlds is achieved not merely by placing regular humans in unfamiliar surroundings, or by making otherwise predictable surroundings suddenly sinister, but by also freely introducing unconventional or otherwise decidedly non-human characters – whether telepathic children, androids, zombies or aliens – into human-built worlds which a (human) reader would find normal, but which an outsider with a different standard of normalcy would find bizarre or terrifying.

These are stark, minimalist stories stripped down to the bare essentials of people exposed to the rawness of their environments, faced with sudden disruptions, and armed only with their instincts, wits and courage to help them survive. And it is survival that is key here – the odds are often too overwhelming to hope to overcome right away. In that sense, there is also a Hemingway-esque spareness and layered richness to the prose, a depth to its deceptive simplicity supported by the cunning use of implication, allusion and omission which recalls to mind the ancient Indian literary concept of svabhāvokti, described in The Atlantic as “writing that appears flat, but [which] actually creates a feeling of subterranean depth”. Each story is a perfectly crafted miniature: a portrait of a mind set in angst as it struggles to comprehend a newly-distorted reality.

Amidst all this, it’s hard not to think of the real-life monster that has so violently intruded into our lives in the last few months, ripping through entire communities, shredding societies and devouring lives far removed from its origins. In just a few short weeks, Coronavirus has killed hundreds of thousands of people worldwide and affected many millions more, without an end in sight. Part of the horror it evokes stems from its lack of visibility, but also equally from how individuals and societies haven’t responded well to its presence in their lives. Whether it’s individuals or entire governments going into denial, it is this sordid, real-life tapestry of the variegated responses an imminent threat can provoke that paints a portrait of our time, bringing into view a full range of human folly and virtue that are diagnostic of both higher humanity, and its baser impulses.

At a time when the world is reeling from the horror of an invisible enemy swirling in the air around us, infiltrating our families, invading our homes, scything through our neighbourhoods to slay our friends and loved ones, and invading our minds and imaginations for generations to come, Matheson’s tales acquire a topicality that is as unusual and tragic as it is therapeutic. For here in these pages dwell other beings, some like ourselves, many not, who have also had to contend with dangers beyond their imagination, hostile worlds from which there is no easy escape, and the feeling of being alone and vulnerable in a world which no longer feels like home. 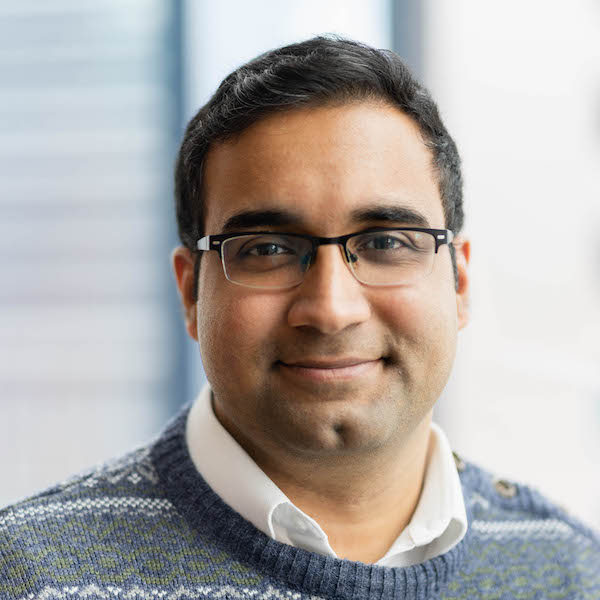 Prashanth Gopalan is a writer based in Toronto. His writings have previously appeared in the Huffington Post, Actionable Books and tech-related publications.