The Tailings by Brian Daniel Green

Vagovidopito squatted in his hovel at the center of the Sun. A place so cold, the Sun’s heat only managed a single drip down the blackened icicle hanging from his pointy warty nose. Hunched over, he carved every new soul and blew off the shavings. He made each one a different shape, size, and color. They all flew away. Some glided like kites; some looped like playful sparrows; some shot like spears.

After a time so long that nothing could be remembered with certainty, he formed a boy from the leftover shavings. A boy of cracks and colors like broken pottery, who looked up with gloss-black eyes wedged in folds. A boy made with long talon fingers and toes so he could scratch his creator’s back. Vagovidopito called him Tat, and the boy leapt up to his back where he made an igloo home and scratched and scratched.

When Tat reached a year old he asked, “May I have a soul?”

Vagovidopito turned his head all the way around with a crack and a pop. “Why would you want that?”

“Because I know that it is missing, so I want it.”

“Souls can not be given. They fly away when made. You just can’t ask.”

“It would take a great act.” Vagovidopito snorted. “Like dancing on the Sun for instance.” He twisted his head back. “Now please, continue to scratch.” 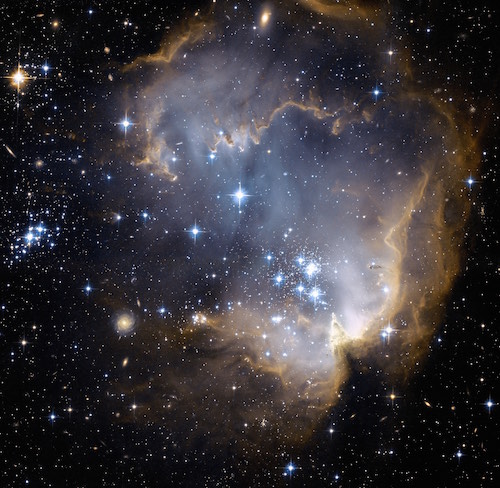 But when Vagovidopito took a nap, Tat slunk up the spiral stairs to the Sun door where he leapt outside and danced. And though he caught on fire, he still danced. He burned and wept until he finished and heard someone clap. Stretched across the sky, a colossal crystal woman in a long snow dress gazed down upon him. She held a golden chain tethered to the Sun.

Her frosty lips sparkled as she said, “Bravo to you.”

After a hasty bow, Tat leapt through the Sun door and slid down the banister to the cold center where his fire went out. Smoke rose from his body. His marvelous talon hands had melted down to just nubs.

“What did you do?” Vagovidopito asked.

Vagovidopito leaned forward and said, “You can’t have one.” He touched Tat’s burnt skin. “And now you’re of no use.” He groaned and turned to the side, gathering shavings. He formed a little girl named Ada to scratch his back.

“Your new calling is to make sure she knows just where to scratch.”

The boy and the girl lived in an igloo home on Vagovidopito’s back. They kept each other warm and talked quietly of ideas and puzzles and things that made each other laugh.

After the time it takes to fall in love Tat asked Vagovidopito, “We want to have a child. We really do. How can we do that?”

Vagovidopito frowned. “A soul is necessary to give birth.”

“Can we go to where they land and find one? Could that work?”

“No, they fly too far away. Now, won’t you please scratch?”

He locked his green icy teeth and shook his head. “Children are nothing but trouble. You are lucky you have none.” He put Tat and Ada in the cup of his hand and raised them to his face. “You are my creations; you will stay forever on my back.” He placed them softly on his shoulder and began to whittle on a new block. Tat and Ada went into their igloo and nestled together.

“We will ask the crystal woman for help,” Tat said.

On Vagovidopito’s next nap, Tat and Ada ascended the stairs to the Sun door hand in hand. They stepped out and caught fire and ran to the woman’s golden chain. The crystal woman looked down on them as they started climbing the rings.

“Welcome little ones. I am Winter,” she said.

“It’s a pleasure to meet you.” Tat patted a flame on his arm. “Will you please blow us out?”

Winter swooped in close and with a, “Shhhhh,” she blew them out. “Come, I will protect you.” She plucked them from the chain and placed them onto her stomach, chinning down to see them.

Tat took two steps forward, the woman’s dress crackling beneath each step. “We thank you.” He bowed. “May we ask why you are holding on to the Sun?”

“If I let go I will die. I will shatter into to a million pieces. It is foretold by Vagovidopito himself.”

“I am so glad you have come to visit me. Have you come to dance?”

Tat held Ada’s hand, and she smiled. “We want to have a child, and we need a soul for that.”

“How wonderful.” Winter said. “You must travel to land where they flock. I would take you, but I must stay.”

“Are you sure you must?” Tat asked. “Vagovidopito told me I could dance for a soul, but he lied about that.”

Winter narrowed her eyes and crinkled her nose. “A liar.” She let out a long breath. “And he left me all alone.”

A papery thin violet soul fluttered by, heading out to the stars. Winter let go of the chain, and glided after the soul, her dress lengthening as they left.

“Thank you.” She rubbed her palm. “But I didn’t want to hold on forever.”

The three of them followed the soul for a year and three days until a blue and white and green circle came their way. Winter twirled in a dance.

The circle grew bluer and whiter and greener and bigger, and they hugged and laughed. But the circle came faster and faster and Winter could not turn back. She tried to veer, tried to stop, but she could not but go straight for the center of the circle. She curled around Tat and Ada and they crashed. Winter broke into a million pieces and covered all the blue and green in white.

Tat and Ada awoke in each other’s arms in a deep field of snow below a charred sky. They built an igloo, found a frozen fish, and decided to eat. They both agreed; they liked to eat. After a prayer for Winter, they went to sleep.

Each day and each night they searched the frozen circle for a soul and found none. Time went by until Ada’s belly began to swell and she felt like staying home.

Tat kissed her forehead. “I won’t give up. When you are feeling better we will search again, but for now please rest.”

She smiled and squeezed his hand. “I could really use another fish.”

Through the months, Tat watched over Ada and built her an igloo as grand as a cathedral. He forgot everything but her, until one screaming night when she gave birth to a girl. The wet little thing touched their cracked and broken flesh and curled its tiny fingers around their melted nubs. It cried, and they cried. It slept, and they slept. It dreamt, and they dreamt. Tat felt something inside, a little flutter. 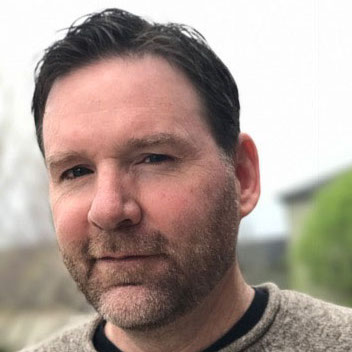 Brian Daniel Green quietly writes in Utah where he works as a Senior Producer for Warner Brothers Games. His fiction has appeared in Splickety Love, Spellbound, and eFiction. He is a member of Simple Simple, a live storytelling troupe.
Florita Gunasekara 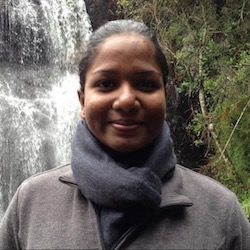 Florita Gunasekara has narrated stories in Mithila Review and Antipodean Science Fiction. Her narrations are sometimes broadcast on public radio in Australia. In her spare time, she likes to read books and atlases, and play with puppies.