The Carpet Makers by Andreas Eschbach

In an introduction to the 1976 edition of The Left Hand of Darkness, Ursula K Le Guin wrote that the genre of science fiction was descriptive, not predictive. A novelist, knowingly or unknowingly, invents elaborate circumstantial lies to describe certain aspects of our psychological reality with metaphors. Like Guin, Andrea Eschbach constructs an alternate universe in The Carpet Makers, which is a reflection of the world we think we have left behind, yet latently existing within ourselves. 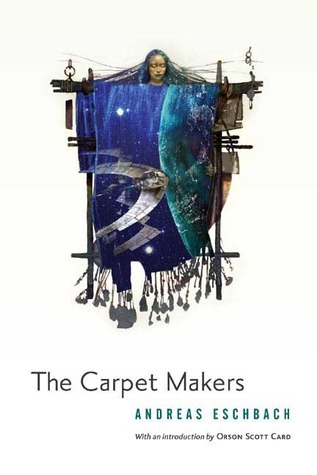 The novel opens with an archaic tale, one reminiscent of One Thousand and One Arabian Nights, in premise and narrative. Our introduction to the Intergalactic Empire is through Yannahochia, a planet of Carpet Makers where the caste system is more rigid than that in Manusmriti. This planet, G-101/2 in the Gheera galaxy, comprises of traditional carpet weavers who consider it their sacred duty to create carpets using nothing but hairs of their wives and daughters. As far as Yannahochian narrative is concerned, the existence of the Empire or any Empire or even other planets are mere speculations, for readers, as much as it is for fundamentalists and heretics of the planet. The mystery of carpet business had me hooked, but the desire to see how this medieval fable would fit into the genre of science fiction lured me deeper into the story. And it paid off really well.

Each chapter in this novel can be considered as a standalone story, and maintains subtle continuity with others in premises and characters. Eschbach’s simplistic prose wasn’t lost in translation so much, I believe; the reproduction might have even enhanced novel’s adapted fable structure. There was an underlying melancholy in each story, characters were in perpetual conflict between faith and duty; yet hope remained the dominant emotion, as author expanded his universe through the ‘merciless maelstrom of time’.

The way the writer portrayed the Carpet Makers and the higher Empire was similar to Iain M Banks’ conception of Azadians with their utopian ‘Culture’ in The Player of Games. The Emperor defined the empire; in his permanence subjects found purpose and structured their lives around in reverence. Even though he ruled over with overseers and levied taxes, his meth like chronic existence – that has already transcended generations from the point of view of mortal vassals – placed a perpetual halo over his head, more like that of the Semitic conception of God than that of an oriental emperor. Also, unlike the Katy Perry loving Kim Jong Un from The Interview, Carpet Makers’ Emperor was serious business, who had actually stopped aging for ages.

Imperial workers, Carpet Makers in particular, represented a closed society based on ‘faith.’ The caste system and sense of duty were so deeply riveted in empire’s social consensus that people took pride in being jittery marionettes of an accepted defective system. The author has beautifully captured the generation gap, between the rebels and fundamentalists who have spent their whole life and that of their forefathers in the fantasy or utter devotion to Empire, and their stubborn reluctance to break out of the system, by the silly yet warranted reason that, they should honor their traditions. And in honoring this false pride, they were willing to ignore the future that gets sacrificed in the altar of past. Every character, regardless of caste, was shown to possess an intrinsic insecurity that called for constant reevaluations, to see whether he/she has done things right. This tussle between self-reliance and ‘dharma,’ and auxiliary temptation to reason failures to its non-adherence, to this over-analyst reader, felt like an original critique to organized religion, conservatism and postcolonial psychology of the 20th century. I was also constantly reminded of Arabian stories and romanticized or even stereotyped Middle Eastern culture; carpets might have triggered it with story setting and character names reinforcing the same.

“Misfortune will befall whoever begins to doubt the Emperor. And he will bring misfortune on all who associate with him. Doubt starts at one point and then spreads like a consuming fire.”

A recurring theme in this universe was ‘fear of authority,’ material and otherwise, irrespective of the strata the characters were born into. Even within the accommodated and un-accommodated pluralities, this fear persisted in present continuous tense, with people retracting to the very ideology they rebelled against when everything material fails. For the Carpet makers, Empire and guild offered this guilt mechanism; in their ardent idolatry towards the Emperor, they kept everyone else under their ecosystem checked. The heretics or internal seditionists never found validation for their beliefs or lack of them; and this inherent fear crept in during events of slightest misfortunes, to which their response always was guilt and eventual acceptance. And those who have mentally broken out of this prison were in fear for the fate of their loved ones; the story of Flutemaster and Master Piwano reflected this beautifully. This characteristic transcended the revolution as well; its soldiers were in constant fear of the authority immediately above them and of the Emperor whom they are the revolting against. Even without the prospectus of an afterlife or rebirth that offers a better caste, the social hierarchy exerted an invisible restraint on every individual through the very people who were part of it. A fine critique on parallel and often illegal self-appointed judge-jury-executioner conscience keepers like ‘khap panchayats,’ religious clergy, ultra-conservative elders and the likes, I would say.

The novel’s narrative wasn’t one-sided; through changing perspectives and characters, it gave due diligence the emotions attached with the very customs it seemed to ridicule. There were stories that professed free will and importance of individuality, and then there were stories that suggested them being mere illusions, like Ted Chiang’s What’s Expected of Us. There were stories about adherence to one’s duty in the society and then there were stories that warranted the need to break away. And then there was this outsider perspective – how everything looked futile when viewed from outside the community, like M. Night Shyamalan’s TheVillage people. Again, as an antithesis, there were stories that dealt with the loss of one’s identity and faith, which made rebels’ civilizing mission look like ‘Hegemony’ attack on Maui-Covenant. There were no clear winners or losers in these fables; everyone was painted grey and insecure, without judgment. The epilogue perfectly reflected this; by opening with the same premise and exact sentence by which the tale was started. But, this time, the premise was a generation ahead in time and the intention of the sentence was the conclusion.

“Knot after knot, always the same hand movements, always looping the same knots in the fine hair, infinitely fine and tiny, with cramped hands and red-rimmed eyes—and still he made almost no headway, no matter how he slaved and rushed.”

The introductory premise had proud father Ostvan, with clarity on his purpose in life and the sacrifices it demanded of him, like early Biblical patriarch Abraham. The concluding premise has humbled son Ostvan, with muddiness on his purpose in life and fear of being casted into oblivion by systemic changes, like Ishmael who has to make way for his half-brother Isaac. Yet, the mundanity continues; with or without the promise of a higher deliverance, the Carpet Makers seem to be intrinsically wired for the same hand movements. In the end, the proverbial truth did deliver everyone, but it didn’t account for the damages in process. And that includes the silent spectators in this tale as well — the readers.

I expected the stories to concatenate towards a science-y closure, like various hair strands forming one beautiful single carpet. But I was left with the same expression Old Boy’s final chapters had left me in: an existential dreadfulness, the kind that seemed to have engulfed Ostvan and the Guild on learning the truth. Then it hit me, and it was beautiful.

Notes on editions of reviewed and referenced books: 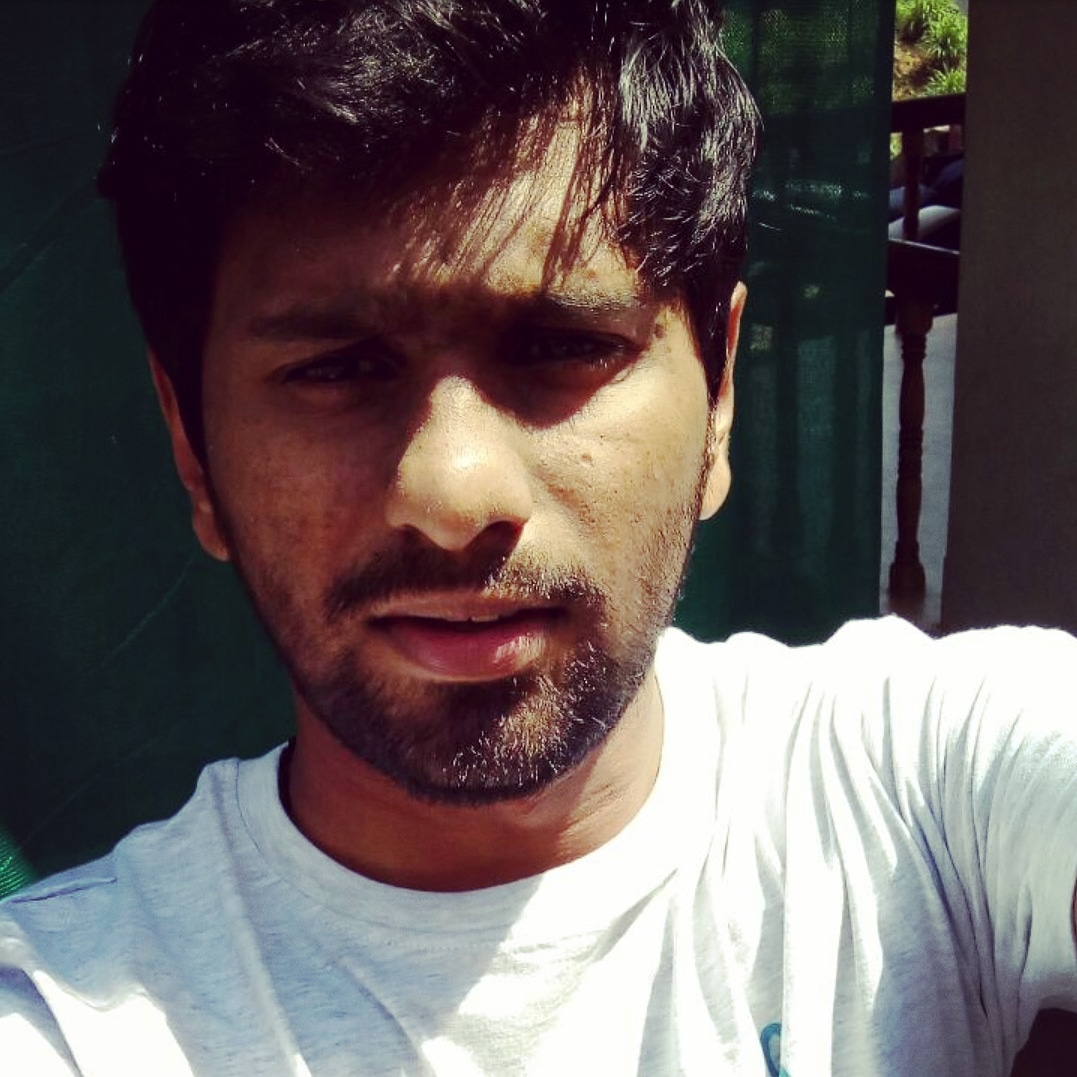 Jerry Jose is a writer and research scholar based in Cochin. His interests include science fiction, weird lit, graphic novels and colonial history. Twitter: @jerryjose7