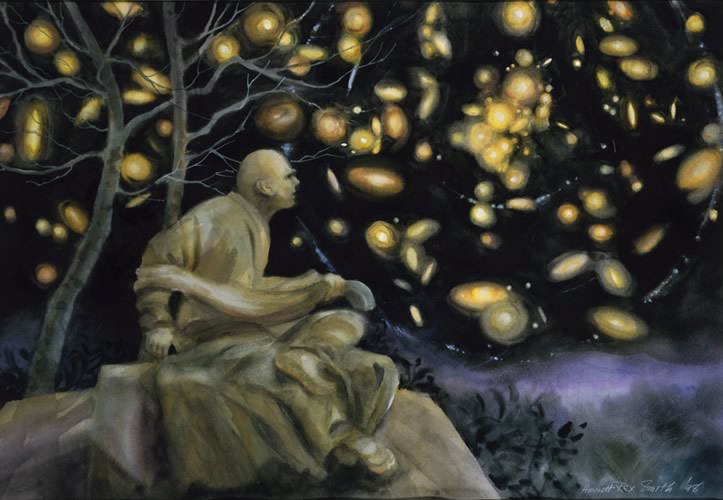 That little yellow dauber wasp
worked and flew until it dropped.
Until the end of every blessed day
it flew straight, never lost its way.
Found the dirt, mixed the water,
hefted tiny gobs, daubed the mortar.
Never wondered if this mixture
might represent some wider picture—
some perfect mix of form and function.

Function—raise a progeny within asylum.
Form—daub a ball, a safer nest, a quiver.
Is this a bumbling wasp’s ancient elixir,
or ordained by phylum’s older nature?
Some Yung Dynasty’s expert woodcarver
captured that monk’s hot blaze of mystery.

But dauber wasps are born consistent—
born enlightened—carry water carry mud;
no need to prize a finger off far-off moons.
It knew well its place in time and space;
no need to plan on how to find a grace.

But then it found a perfect final resting bed—
a nest inside a monk’s empty wooden head.
A leavened monk stares off beyond rare air;
but essences of tiny wasp beat him there. 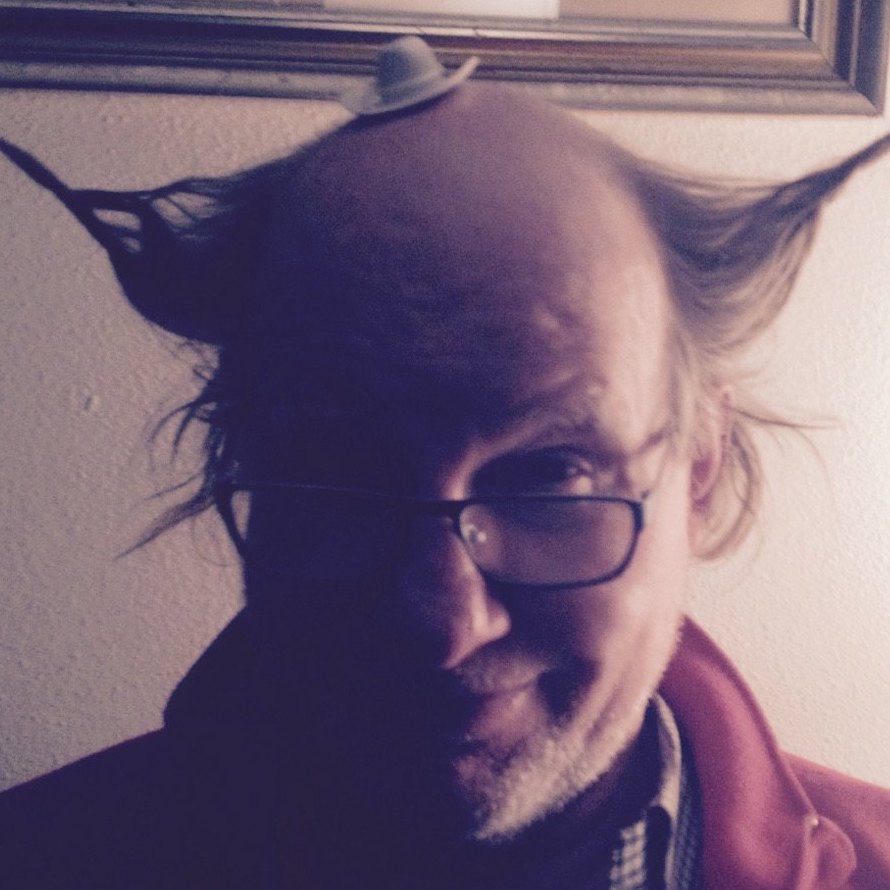 The author was born in St. Paul, Minnesota, and grew up in the jungles of Colombia. He holds a BA in Mathematics from North Carolina State University, an MS in Computer Science from the University of North Carolina-Chapel Hill, an MBA from UCLA, and a Certificate in Poetry from the University of Washington. An Honorman in the U.S. Naval Submarine School, he was Submarine Service (SS) qualified. He is a recipient of the Vietnam Service Medal, Honorable Discharge, and a Whiting Foundation Experimental Grant. He is a member of IEEE (technological society), AAAS (scientific society), and the Academy of American Poets. A former Boeing engineer.