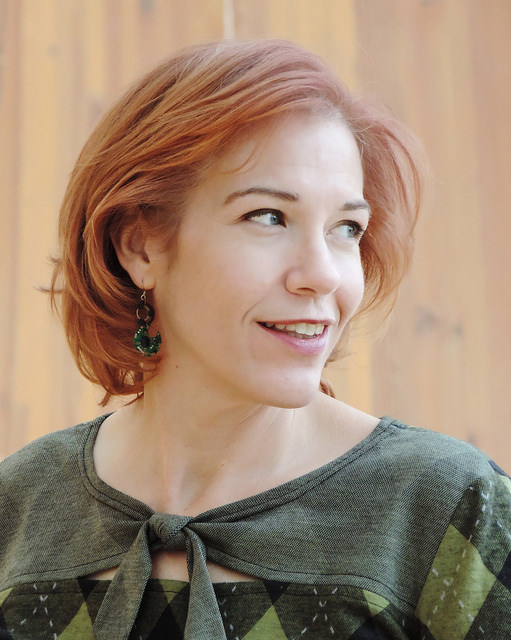 Usman T. Malik said that you seem to have arrived “fully formed” with stories in Asimov’s, Clarkesworld and Tor in 2015. What and how long did it take to make such a triumphant entry?

It took ten years. I’d been writing off and on all my life, but it was only during NaNoWriMo 2005 that I finally gave myself permission to get serious about it. NaNoWriMo is such an important and beneficial part of our current writing culture. It forces you to throw yourself head first into writing and produce non-stop, and to do that, you have to turn off your internal editor.

Previously, I’d had a voice in my head telling me that everything I wrote was bad. It kept me from writing. NaNoWriMo taught me to put that voice away and just focus on producing without worrying too much about quality. Finally, I was producing lots of text, and though I knew it was bad quality, I enjoyed the process. I knew the only way to get better was to keep writing.

But in the end, it wasn’t until 2013, while writing ‘Waters of Versailles,’ that I finally learned the skills I knew I needed to write stories I’m proud of. Everything I’ve published has been written since then.

Your novella, “Water of Versailles,” (Tor, 2015) has been nominated for 2015 Nebula Awards. It was one of three Tor.com novellas that I absolutely loved apart from Malik’s “The Pauper Prince and the Eucalyptus Jinn” and Nnedi Okorafor’s “Binti.” I am pleased to see all three on the Nebula shortlist. But I was almost heartbroken by the ending of Versailles. When did you start writing it? How did the story evolve over time?

On April Fool’s Day 2013 I was laid off from a job I loved. It was a huge blow to my ego. I was devastated. The next day I pulled out ‘Waters of Versailles,’ which I’d started in 2010, wiped the slate clean and started from scratch. The new draft worked for three reasons.

First, I took a great piece of advice from wonderful writer Steven Barnes, whom I’d seen at OryCon the previous November. His advice made me realize that in previous drafts I’d given the story problem to the wrong character. If the story was going to work, I’d have to change Sylvain’s nature from a tidy aesthete to a driven womanizer.

Third, I was absolutely desperate to succeed and regain my self-respect. Losing my job yanked my legs out from under me. If I was going to feel good about myself ever again, I needed to finally nail this writing thing. Desperation fuels innovation.

Was “The Three Resurrections Jessica Churchill” (Clarkesworld, 2015) an attempt to understand and define acts of terrorism?

No, it was an attempt to understand and define great national tragedies. If you ask random people what they believe to be the most terrible thing that ever happened in North America, most of them will say 9/11. But many other horrible things happen that are swept under the carpet.

I believe the most terrible thing that ever happened in North America is the centuries-long program of genocide against indigenous people, which includes the current epidemic of murdered and missing indigenous women in Canada.

Some readers have asked if it was necessary to juxtapose the story against 9/11/2011 terrorist attacks. Why did you use such a sensitive backdrop?

9/11 was a terrible tragedy. I wanted to emphasize that similarly terrible tragedies happen all the time, around the world, and nobody pays attention because there are no video images, the victims aren’t New Yorkers, and millions of people didn’t witness the tragedy as it evolved.

Thousands of indigenous women have been murdered in Canada since 1980. Their deaths have never been properly investigated and their murderers have never been found. This is just as horrible as tragedy as 9/11, and yet few people know about it and fewer care.

What have you planned for 2016? Any new stories coming out soon?

I have a novelette in Licence Expired: The Unauthorized James Bond, edited by Madeline Ashby and David Nickle. This anthology can only be sold in Canada because the Ian Fleming books are in the public domain in Canada. My story is an alternate ending to From Russia with Love, focusing on Tatiana Romanova and Rosa Klebb. I loved playing in the Bond sandbox! It was so much fun.

I wish I could say I had a clutch of stories on the edge of publication, but I don’t. I’ve spent months embroiled in a time travel novella. It’s running long, but I’m having a grand time with it.

Kelly Robson is a graduate of the Taos Toolbox writing workshop. Her first fiction appeared in 2015 at Tor.com, Clarkesworld, and Asimov’s, and in the anthologies New Canadian Noir, In the Shadow of the Towers, and Licence Expired: The Unauthorized James Bond. She lives in Toronto with her wife, SF writer A.M. Dellamonica. You can find her on Twitter: @KellyOyo Website: kellyrobson.com
Salik Shah