Ken Liu: “History is both the most human of sciences and the most scientific of stories” 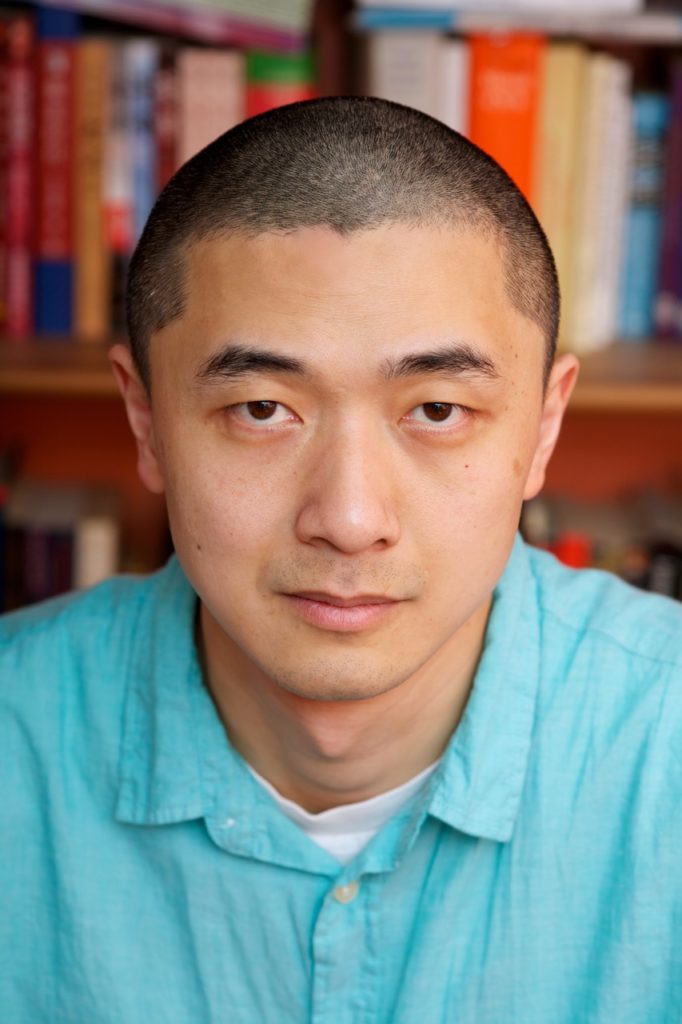 A lawyer and programmer by profession, Ken Liu’s fiction has appeared in F&SF, Asimov’s, Analog, Strange Horizons, Lightspeed, and Clarkesworld, among other places, and won the Nebula, Hugo, and World Fantasy awards. He is also a frequent translator of fiction from Chinese to English, most notably The Three-Body Problem by Liu Cixin, which was the first translated novel ever to win the Hugo Award.

What makes science fiction and fantasy relevant to Asia?

I don’t think of SFF as distinct genres from the rest of literature; rather, they simply literalize metaphors that are otherwise often left in the realm of metaphor.

It’s sometimes said that science fiction, by stimulating the reader’s interest in science and technology, can serve a useful role in popularizing scientific concepts and making us think deeper about technology. As much of continental Asia is undergoing rapid economic development and making scientific advances, SF may be particularly relevant to a population dreaming of a better future.

I’m not unsympathetic to this perspective, but I don’t think an instrumentalist defense of literature is ever effective. Literature is not “useful” in the same way building a road or bridge is useful, and I don’t think it needs to be defended that way.

We’re a species dedicated to thinking through storytelling. That is enough for me.

What prompted you to write “The Man Who Ended History: A Documentary” (Panverse Three, 2011) How was the response to the novella in China and elsewhere?

Because of my interest in storytelling, I’m particularly interested in history, which is the realm in which stories about cultures and peoples are contested and fought over. History is both the most human of sciences as well as the most scientific of stories.

Denialism, especially as it’s applied to the historical atrocities committed by the forces of the Empire of Japan that swept across much of Asia (and their collaborators), is a particularly notable force of evil in our society. I was interested in exploring the sources of denialism and why so many apparently rational people would engage in these acts of violence against history, against the survivors and the memory of the victims and their descendants.

The novella is an exploration of the motivations and rhetoric of denialism and the moral duty all of us share in combating such denialism.

I haven’t paid much attention to how the novella has been received. The novella achieved what I wanted it to do, and that is enough for me.

You have said that your Hugo, Nebula and World Fantasy Award-winning story, ‘The Paper Menagerie,” (F&SF, 2011) isn’t autobiographical but many people find it hard to accept. What role does a writer’s race, gender, nationality or sexuality play in the success or failure of a work of fiction?

Stories are read against interpretive frameworks, and it does seem to be the case that interpretive frameworks for writers who are not white males are more restrictive. There are expectations for works by American writers who happen to be non-white, for example, and writers have to work with and against such expectations. Sometimes this means that a work is interpreted in ways that rob it of its power, and we all lose when that happens.

You have been actively translating Chinese SF stories into English for Clarkesworld and other publications. What are the main differences between ‘American SF’ and ‘Chinese SF’? Are these categories useful to readers when applied to Ted Chiang’s “Story of Your Life and Others,” Cixin Liu’s “The Three-Body Problem” or your own body of work?

I don’t think these categories are very meaningful. If you ask a hundred American writers to define the characteristics of “American SF” you’ll get back a hundred different answers, and the same would be true of Chinese writers and “Chinese SF.”

I’m an American writer, and the most relevant interpretive framework for my work will always be the Anglo-American tradition in literature, and the uniquely American myth of celebrating a people constructed around an idea, an experiment, rather than common bloodlines.

I’m generally of the view that it’s more interesting to approach each author and each work individually, informed by the context of cultural negotiation which happens both at the group level and at the individual level, and many levels in between.

You finally made the transition from short stories and novellas to an epic fantasy novel with the Nebula-nominated “The Grace of Kings” in 2015. How have your priorities changed as a writer over the years?

Writing a novel turned out to be very different from writing short fiction, and not all of the skills are transferable. Writing a novel requires much more organization and discipline, and stylistic experimentation can be more risky, as both writers and readers have to invest more time for a novel.

Over time, I’ve had to learn to be more choosy about which projects I work on. Writing time is limited, and every writer has to pick the projects that they’re really passionate about. Otherwise you’re setting yourself up for burnout.

When is your first story collection coming out? Will there be a Chinese SF collection in near future?

My first short story collection, The Paper Menagerie and Other Stories, is coming out March 8. I will also be publishing the sequel to The Grace of Kings, called The Wall of Storms, this October. I can’t wait to share these with readers.

Later in the year, in November, I’ll publish a collection of contemporary short Chinese SF translated by me called Invisible Planets. As far as I know, this is the first time such an anthology dedicated to contemporary Chinese SF will be published in the West. I’m pretty excited to introduce these stories to my fellow Anglophone readers.

Where do you want to see SF headed? In what ways, do you see the field changing?

I don’t like to make grandiose claims for SF. It is true, however, that SFnal ideas and tropes have long become an integral part of global culture, especially in the form of films and games and other non-textual media. I think new artforms, such as VR. present intriguing possibilities for telling SF stories, and I’m looking forward to seeing how artists devise new stories that cannot be told in any other way but through these new forms.

Thanks for chatting with me!

Ken Liu’s debut novel, The Grace of Kings, the first in a fantasy series, was published by Saga Press, Simon & Schuster’s new genre fiction imprint, in April 2015. Saga will also publish a collection of his short stories, The Paper Menagerie and Other Stories, in March 2016. He lives near Boston with his family. You can find him on Twitter: @kyliu99 Website: KenLiu.name
Salik Shah