Haunted Castle on the Midway

Leaning against the arcade’s coin machine, Molly watched summer people walking the midway and wished, like them, she could just leave. The knotted ties of her three-pocketed apron around her waist might as well have been chains. What had started as a summer job until she went to college, turned into a sad little career after she flunked out. Too many nights of pot-smoking at the quarry instead of going to class. As she leaned, she hummed a song she couldn’t quite remember, “Push, push, push.”

“Miss? The Donkey Kong ate my quarter,” a boy with more glasses than face.

“Here.” She gave him a quarter from her apron without a second glance.

The midway creaked with age. Gray boards rattled as people walked. But as old as the midway was, people still came, drawn to the charm of a bygone era, to ride the carousel’s hand-painted horses, to snuggle in one of the Ferris wheel’s tippy steel cages.

After three years at the arcade, she wasn’t distracted by the summer folks. Flirty boys living on their parents’ dime looking for kicks with trashy locals stopped being fun years before.

No, Molly’s serious pursuit, besides babysitting video games, was being a scholar of the midway, watching the people filter through—observing their likes, what they spent money on, and what they avoided.

Perched near the end of the flickering neon strip past the skeeball and the “test your strength” machine. Beyond it, the dark of the hills swallows the buzzing light in gulps, leaving a blackness deeper than the night’s violet sky. Molly watched the haunted castle with every spare second she had.

There’s been three sets of blacked-out windows one day and then five sets the next.

The haunted castle won’t be photographed, she discovered. Molly tried for years, especially after the first time she’d noticed it stretch. She brought out her phone and pressed the button, but all that showed up was a screen black as pitch, even though she took the picture on a clear summer afternoon in full sun.

The library had scrapbooks back to the founding and the first days of cameras, showing the clearing of trees, the earliest facades on the midway, the valley stretched out next to the seaside in picturesque stereo cards. But not one picture of the haunted castle.

“Nope, sorry guy. The machine that ate it once. This one’s on you.”

The boy blocked her view of the castle.

He bobbed there until she finally broke down and handed him another coin.

Then he left her alone.

No one ever went in the castle. No one talked about it.

Yet the lit-up sign flicked with a sick yellow flood of light, red letters aflame in the center with a ghoulish white skulled creature glaring over the top. The washed-out paint might have been yellow once. Two stories with a pitched roof and no particular style other than squatting troll.

Murmuring the lyric circling her thoughts, “Push, push, push,” Molly thought back to when she’d tried to get in a couple of years before.

She’d chickened out with her hand on the doorknob, but not because she was scared. Everyone and everything had ceased when she touched the knob. Summer people froze and the carousel music’s notes quieted. Nothing moved or breathed.

Standing there in the shadow of the building with the entire town’s held breath in her hand, she knew they’d suffer if she went through. That somehow, their lives were wrapped up in or… antithetical to the existence of the haunted castle.

To keep them alive, she stayed away.

In her mind, the haunted castle became… alive.

Since then, she’d watched it. Watched the tourists cross the street to get away from it. Watched birds fly in circular detours to avoid the airspace above it. Watched it grow.

And the locals didn’t know what she was talking about when she mentioned it.

“What haunted castle?” Jenks, the owner of the arcade, asked her for about the thirtieth time. His gaze slid past the building every time Molly pointed at it.

It was like the building only existed for her.

And the urge to try to open that door writhed in her mind as she leaned every day, watching from the arcade.

It spoke to her.

Made promises as it flexed there at the end of the midway.

She chewed on her thumbnail considering it.

“Anything’s better than this.”

Every lunch break, she locked the arcade door and crossed the street, intending to open the door. She’d stare into its black windows. It beaconed, but she’d turn away, heading home to eat and rest before her second shift.

This time, her feet kept moving until she found herself a breath away from the door, hand hovering over the knob. Then when she touched the metal, her ears felt stoppered and the stir of wind disappeared. She knew if she turned around, she’d see the whole town frozen mid-step, mid-bite, mid-laugh.

But she couldn’t look back. Not if she wanted to finally know what it was.

She turned the knob and stepped through into the dark hall. The passage before her narrowed from comfortable into a cramped crawlspace within feet.

She should go back, she thought, but she thought if she went back, all she’d see was shadows and ashes of what had been. She felt the world fade each inch she crawled.

Her eyes stung with bright heat churning around her in the passage. The floor softened as she moved, humid and rubbery under her knees and palms. Fleshy.

Molly raised one hand and sniffed. The iron bitterness of blood. Her stomach lurched.

Then it spoke, screaming inside her head.

The voices felt like something she knew but couldn’t name.

She was only her hands and knees and mind inside the house of horror.

The floor dropped from under her and she tumbled into a space so huge that the inky black swallowed her. She floated, wrapped in heat, sweat dripping from every patch of skin.

“Hello?” Her voice wavered with the trembling of her body. She was nothing. Nothing with thoughts. Nothing alone. And what she knew, floating there, was that the whole world, the midway, the town, and the dark hills weren’t real. They were a memory. A cotton blanket muffling the pain of the heat burning her.

“Hello!” She screamed at the voices.

Heat exposed every nerve. Fire crackled along the length of her bones.

It all came back.

The stoned make-out session at the quarry with the cute summer boy. Driving home so wasted she’d covered one eye to see without a double. The ravine. Glass and blood and fire and a crunch that collapsed her head.

Someone laying her in an ambulance.

Molly stretched, screaming. She swam in the hot river of air, deeper and deeper into the dark.

The voices were her mother and her sister.

“DON’T DO IT!” Their desperation a harmony.

The stench hit her. Burning hair, crisped meat. Molly pushed into it, following the scent through the ink. Before her, a pinprick of light appeared and grew. She followed it as it opened up like a window before her.

It bubbled out as she pressed, hanging over the other place.

A white room lit by florescent flickering bulbs, humming. Gray sheets that led to the darkened end of the hospital bed. And herself, in a yellow nightgown, face peeking out like a ghoul, red-webbed wires fanning out to machines filling all the space of the.

And there on either side of the bed, her mother and sister wept.

“She’s suffering,” a doctor at the foot of the bed said. “We kept her alive so you could say your goodbyes, but she is withering. You wouldn’t want to be kept—”

And then her sister, Mary, leaned in, whispering into her ear, “Come on, Molly. Push on through. Push, push, push!”

The doctor shook his head, staring at the chart, “She’s gone, Alice. Braindead—”

Molly pushed. She pressed her whole body against the blazing heat of the barrier between them, stretching it. Every place she touched fought back–stinging, blazing hotter, crisping her flesh into black char.

She opened an eye. Only one, because the other felt like a rock inside her head.

The pain rushed in and Molly panted to get past it, but her lungs didn’t work. A machine breathed for her. Five seconds in, five out. She tried to cough to dislodge it, but she was only bright pain and knotted scars.

Only he’d been right about suffering.

Molly mumbled around the tube in her mouth, “Mrump murph.”

“What, sweetie?” Her mother asked.

The doctor hurried to her bedside and leaned in. “Say it slower, Molly.”

“What?” The doctor said, but Mary laid a hand on his shoulder.

“I understood. She said, unplug me.”

Mama wailed, but Molly jerked her head in a nod. It hurt like lighting in her head, but she had to make them see.

Mary leaned in and whispered, “I love you, Molly girl.”

Back on the midway, Molly walked out of the haunted castle where everything stood frozen, just as she’d left it. She spun, enjoying her painless body, then she walked away, back down the midway as the neon lights flickered out in her wake.

As she went, she mumbled a song, “I love you, Molly girl.” 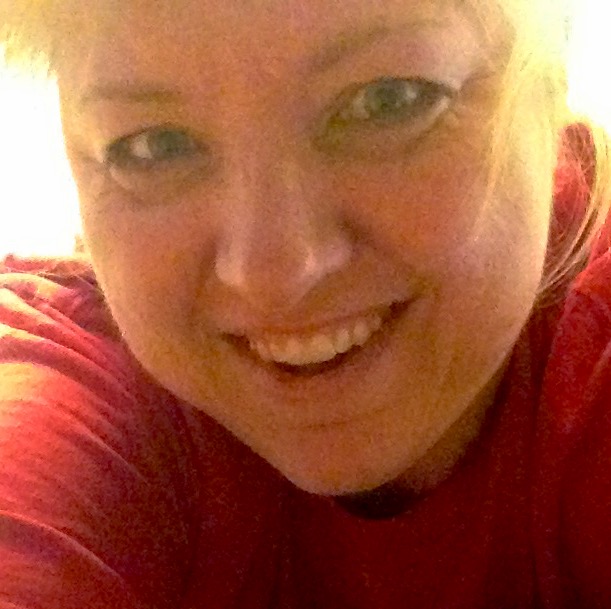