Mu sits on the edge of the bed in the Midtown apartment, looking out the window. In front of him, on the windowsill, there is the yellow pill and a glass of water. He feels helpless, robbed of free will. Whether he takes the pill or not, his actions feel pre-determined. Motes of dust float in the evening light, trapped in amber sunshine.

He undresses slowly, until he is completely naked. His pale, white skin glows orange in the waning light. He folds his clothes neatly and lays them on the bed. He swallows the pill, downing the glass of water. As always, he feels an overpowering drowsiness. He collapses back on the bed and sinks into a dark, dreamless sleep.

When he wakes to the beeping of his phone alarm, the sun has gone down and the apartment is completely dark. He gets up, groaning at the slight headache that always follows, and feels his way to the bathroom. Inside, he flips the light switch.

It is the eyes that draw his attention first, always. They are unusually light for a brown man, slate gray, flecked with sea foam. The face is ugly, but not repulsive: the nose a little too large, the eyes set together too closely, the lips too thin and drawn. There is a sadness in the eyes that compensates. The body is light and lean, but worn down. He can feel an ache in his neck, and a mild burning in his stomach that might be an ulcer. He has to be careful when he moves. He has learned to walk for the first hour with exaggerated movements, correcting for the large reduction in weight and height.

Mu pees carefully into the toilet bowl, no longer troubled by the strangeness of handling someone else’s anatomy. His closet is now divided into two sections, and he picks out clothes that fit from one of them. He dabs his armpits with an anti-perspirant and sprays himself liberally with cologne, having realized by now that the New York summer makes him sweat profusely. Near the door are shoes, small and uncomfortably new. He steps out of the apartment, takes the elevator down, and walks through the lobby, somewhat nervous as always that the doorman will stop him. But the doorman is busy on his phone and merely glances at him for a second.

It’s drizzling outside, and he hurries up Lexington. She’s waiting for him at a Midtown speakeasy, as she has the last three times. Inside, his eyes adjust to the gloom and he looks for her in the shadows, past the folded umbrellas that lie in a corner like collapsed crows.

She sits neatly on the edge of a loveseat, her hands folded on her lap. He stops and looks at her from where he stands. Her face is in profile, lit softly by a lamp next to the loveseat. He is overcome by a deep, yearning affection for her. He thinks of all the times he has seen her like this, lost in her thoughts. Her face is blank, at rest, stripped of artifice or agenda. In this form it has a native sweetness, untouched by bitterness. He walks over to her.

She smiles brightly when she sees him, her eyes flashing. They are lined heavily with kohl; he used to call her his pet raccoon. He smiles easily at her, affecting a physical language that replaces his own, as if each body comes pre-armed with a vocabulary of gestures and phrases. She rises from her chair and they hug. He breathes in a heady swirl of remembered scents.

He is overwhelmed with a desire born of deep familiarity. He wants to reach over and touch her face, re-appropriate her body and revert to the comfortable closeness that they used to share. But he knows that the smile she smiles is for the man with the nut-brown skin and the light gray eyes. The woman he loved for a decade is seducing a stranger, and he has a front row seat.

They place their orders. He lets her pick a cocktail for him. To their immediate right is a couch where they fought three years ago. The city is an ancient battlefield, a geography of pain and conflict, littered with the sites of violent skirmishes: tables at restaurants, street corners, stretches of sidewalk, subway platforms. Nothing is sacred, no place unsullied.

“Why do you like this place?” he asks her.

“I like the cocktails. It’s an art form. There is history behind each cocktail.”

I prefer wine, he wants to say, but there is no point in authenticity here. So he flashes his even, white teeth, playing this game that lets him be in her presence once again. He asks her questions to which he knows the answers, and gives her the answers that he knows she wants.

After a while, the conversation slows. He looks down at the dregs in his glass, turning it slowly in his hands.

“This is our fourth date,” she says. “What are you waiting for?”

Mu looks up at her, startled. She is smiling, but there is a pleading softness in her eyes. I am yours, it seems to say; do not reject me.

“I’m sorry. I am not used to this. I haven’t been with anyone in a while.”

Even as he speaks he realizes it is the wrong thing to say. He wants to kiss her, take her back to the apartment and make love to her. He knows this is what she wants, as well. He is trapped.

She looks stricken at his response. The smile is gone, and her eyes now look down and away from him.

She looks up and smiles once more, but her smile is a wounded bird, allowing itself to be displayed because it has no option.

He reaches across and places his palm on her cheek. She looks at him, surprised. He moves forward and kisses her on the lips, softly. It has been a while. There was sex in the slow decline of their marriage, but she stopped kissing him as the end neared, with a trite but poisonous symbolism.

Now, they kiss in the yellow lamplight. She does not like to kiss in public, but somehow he knows it doesn’t matter this time. His back aches from the way he is leaning forward. He feels a disquiet in his stomach that this stranger with the gray eyes should have an access to her that her husband did not. He can feel his control slipping. He no longer knows how this night will end.

She pulls away, finally. The laughter is back in her eyes, along with relief, and perhaps some triumph.

He wants to say no; he hasn’t thought this through, mapped the risks and calculated the probabilities. But the fork has been taken and now the dominos clatter into each other with precision and inevitability.

She asks for the bill and he pays it. She takes his hand and they go outside. It’s no longer raining. She begins to hail a cab, but he stops her.

She holds his hand all the way there. He feels light-headed from the drink; the slightness of his body affects him in unanticipated ways. The doorman looks up perfunctorily at them and returns to his phone. In the elevator she kisses him until the doors open on his floor; her tongue flickers across his lips. At the door he fumbles with the keys, but there is only so much he can delay, and they walk into the apartment.

He wonders if she’ll notice the larger shoes on the floor, or the two sets of clothes in the closet, but she walks straight in and sits on the bed. She begins to remove her shoes, and her leggings, and the black one-piece she’s wearing, and her bra and panties, until she is sitting on the bed naked, a pile of clothes on the ground. His eyes trace the contours of a body he has seen thousands of times. As he approaches her, it occurs to him that he must remember to set an alarm; he has to leave the apartment before daybreak. He will write her a note in the morning, he thinks, telling her to leave.

He takes her in his arms and they sink into the bed clumsily. She undresses him urgently with hands that are rougher than he remembers. He runs his hands over her bare skin, rediscovering the topology of its curves and planes. His stomach is burning now, perhaps from the alcohol, but also from a rage at what this stranger is allowed. He thinks of how he used to fuck her in the later years, as if she were a porcelain doll, never wavering from the script, wary of being snapped at or scolded. Now he handles her with roughness and contempt, grabbing her hair and pushing her into the bed. It gives him a strange, disturbing license that he is no longer himself, but a stranger with slate gray eyes.

“Yes,” she says, as he pins her arms behind her head. A part of him notices that there is abstraction in her reactions, a sense of distance and invulnerability. Her vocabulary is stilted and formulaic. “Fuck me,” she says. “Oh, fuck me hard.”

In the seconds after he comes but before he falls asleep, he remembers that he did not set the alarm; but it is too late, and soon he is dreaming. In his dreams she is fucking the man with the slate gray eyes in front of him. He pleads with her to stop, but she grins manically in response, hooking her legs around the stranger’s back and digging her nails into sweat-slicked brown skin. And then she’s standing in front of him, holding out her hand. There’s a pool of semen in her upturned palm. Look, she says. I fucked him.

In the morning, the sun shines in through the open blinds, reflected by the glass-walled buildings in front. Behind his closed eyes the universe is aflame. His six-foot frame is sprawled on the bed, the whiteness of his skin illuminated by the sunlight. He sits up with a start as he remembers, but he is alone in the apartment. There is a piece of paper on the nightstand.

“Same time next week,” it says. 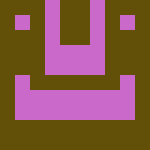 Mahesh Raman is a computer scientist and writer living in San Francisco. His writing has appeared or is upcoming in Jersey Devil Press, Corium Magazine, and Necessary Fiction.