Mark James Russell is a writer, journalist and producer with 20 years experience in Korea and around Asia, reporting for such publications as the New York Times, Science, Newsweek, The Hollywood Reporter and Billboard. He has written two non-fiction books about Korean culture—Pop Goes Korea and K-Pop Now, and the fantasy novel Young-Hee & the Pullocho. You can find out more about Mark and his work at www.markjamesrussell.com.

In conversation with Salik Shah:

“Samjogo and the Vengeful Stories” is a delightful tale of adventure based on Korean folktales. It is set in the magical realm of your fantastic novel, Young-Hee and the Pullocho. How did you first come in contact with Korea and its rich, fascinating culture? What made you stay in Asia?

I was long interested in Asia when I was a student, although I must admit at a somewhat superficial level — comic books, martial arts and that sort of thing mostly. But in university, I got more into folklore, which naturally led to learning about the similarities and differences in stories all over the world.

In my 20s, I came to Korea to teach English. Back then, in the 1990s, Korea was really exciting artistically and musically, and I met a lot of fascinating young people who were creating wonderful new works of all genres. That led to me becoming a journalist, which let me snoop around and meet all sorts of interesting people and ask them all sorts of nosey questions that were none of my business. Getting paid to write about movies and music and science? I loved it, so naturally I stuck around.

“Samjogo and the Vengeful Stories” is also about the power of storytelling; it could be also read as a story about (self-)censorship. As a journalist, you know better than most people how simple stories about ordinary people don’t always make big news. Are you aware of self-censorship in your work? Is there more pressure on you than others to tell the truth in a certain way because of your origin, resident status and ethnicity? Do ever feel like an outsider writing about a foreign culture—the others—or are you now more at home in Korea?

Self-censorship? That’s an interesting thought. I’ll take the boring way out and say that it’s a bit of both — my status as a foreigner in Korea gives me certain disadvantages and many other advantages. I naturally look at things a bit differently, being an outsider, and I have certain freedoms that sometimes Koreans don’t have. But I am an outsider, so don’t always grasp all the nuances and I miss other key points. Hopefully, by the time I muddle through, I’ve created something that’s useful for people.

Then again, most of my friends are artists, so I’ve been lucky to have friends who are oddballs and who don’t mind going against the grain and making trouble.

You are a journalist, who writes fiction for young adults. How do you reconcile the worlds of facts, fiction and fantasy?

Honestly, I never think of my writing as for young adults. I just write and I let other people (editors, mostly) classify it. But fantasy is Dante and Milton, fantasy is Boccaccio and Farid ud-Din Attar (The Conference of the Birds). So I think that’s some pretty great company. There’s an awful lot of truth that can sit inside of fantasy.

Who are your favorite Asian writers, and those writing about Korea?

My favorite Asian writer is Attar, the Sufi poet who wrote Conference of the Birds. For Korean literature, I enjoy Yun Heung-gil and Yi Sang and many of the usual canonical authors. Hwang Sun-won’s Sonagi was obviously very important and influential. Although my favorite novel about Korea was actually written by a Japanese person — Kannani by Katsuei Yuasa.

But I’m a bit of a Philistine, and probably enjoy Korean movies more than Korean books — Bong Joon Ho, Hong Sangsoo, and Choi Dong-hoon for modern filmmakers, Shin Sang-ok and Kim Ki-young for back in the 1960s.

For writing about Korea, I probably get more excited about non-fiction, to be honest. I love reading about early Joseon era science (which was quite rich and surprisingly advanced). The Imjin War (1592-1598) is endlessly fascinating. The late Prof. Hahm Pyong-choon wrote a lot of great stuff about Korea, too.

And, as I love early Korean rock music, I’m often reading all I can find about Korean culture in the 1960s and 70s (Prof. Shin Hyun-joon being the most notable name for this subject).

Who is your first reader? How is the critical response to your work in Korea?

First reader? I don’t really have one. For non-fiction, it’s whoever my editor is. For fiction, when I am nearing the end, I have various friends that I inflict my writing upon. Although I should mention Gord Sellar has been especially helpful over the years. And, of course, my wife is always very important.

As for critical response, I think Koreans are still rather amused and a bit confused when Westerns write about them. But in Korea I’m probably better known for my journalism than I am for my fiction.

What you working on next?

I am nearly done a horror novel set in Korea, about a demonic conglomerate. And then I want to finish my sequel to Young-hee and the Pullocho. 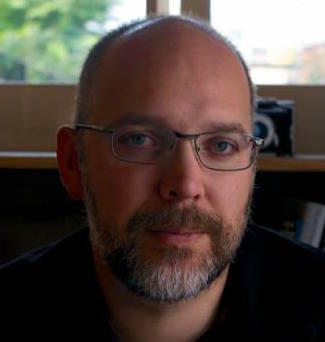 Mark James Russell is a writer, journalist and producer with 20 years experience in Korea and around Asia, reporting for such publications as the New York Times, Science, Newsweek, The Hollywood Reporter and Billboard. He has written two non-fiction books about Korean culture — Pop Goes Korea and K-Pop Now, and the fantasy novel Young-Hee & the Pullocho. You can find out more about Mark and his work at www.markjamesrussell.com.
Salik Shah