It is probably easier to talk about Filipino-Chinese (or Chinese-Filipino?) Speculative Fiction literature than the context surrounding it. While not exactly a translation project, what best encapsulates the situation are the words of Antony Shugaar on the craft of translation [1]: “Short of swelling a book into an encyclopedia, however, there is no way of dealing with the larger problem: untranslatable worlds.” And this is what I will attempt in this article, although it is by no means comprehensive or definite.

What is it to be Filipino?

The question of whether something is Filipino — or more concisely, is it Filipino enough — is a dilemma that is repeated over and over again, and plagues not just our literature, but our history, our politics, and our pop culture. Being a citizen — natural-born or naturalized — does not seem to be enough, or else there would not have been anti-Filipino-Chinese rhetoric, in addition to the expatriates whom we claim are nonetheless Filipino. Is it ethnicity and if so, why then do we compliment Filipinos of European and/or American heritage as mestizo, while fling instik as an insult towards those of Chinese descent, even if the former came as colonizers, and the latter as trading partners? And if iconography such as the fast food chain Jollibee is the embodiment of Filipino-ness, then shouldn’t the same be applied to its Filipino-Chinese founder Tony Tan Caktiong?

There is also the term I use, Filipino-Chinese, which is how my generation identified ourselves. However, the younger generation now identifies as Chinese-Filipino, which according to their rhetoric, makes sense: the emphasis is on the last term, and not the first. For example, in the US, the commonly accepted term is Asian American, rather than American Asian. But this can also be a Western paradigm. In families with double-barrelled surnames, it tends to be patriarchal, with the male parent’s surname preceding the female parent’s surname. If applied in the Filipino-Chinese context, wouldn’t the emphasis be on the Filipino aspect rather than the Chinese aspect? Or take for example how I ended up with an “erroneous” last name. My real surname is Yu rather than Tan. I ended up with the latter because my father identified himself as Yu Piah Tan in his papers — whereas in Chinese culture, your surname always came first. That doesn’t mean I have final say in whether we should be identified as Filipino-Chinese or Chinese-Filipino: merely that there are compelling arguments for both, although I stick to the former out of habit more than anything else.

In a world where a lot of things are politicized, where authors are ghettoed and attached labels, isn’t that the best of all possible worlds?

The idea to edit Lauriat: A Filipino-Chinese Speculative Fiction Anthology isn’t original. Charlson Ong made a name for himself writing about the Filipino-Chinese experience. It is also an expansion of the anthology The Dragon and the Stars edited by Derwin Mak and Eric Choi. The editors wanted to feature stories by authors of Chinese descent who are not based in China (don’t get me started on the context regarding the hierarchy of Chinese-ness that is part of Chinese culture), of which I was a contributor (along with two other Filipino authors, Crystal Koo and Gabriela Lee).

I’m not an expert on Filipino-Chinese literature. But it begs the question: if Filipino-Chinese authors are writing speculative fiction, why do we not encounter a lot of stories about the experience? Invisibility is two-fold; on one hand, it can be a privilege. But the other end of it is our absence of identity — at least if no one is writing about it. That it comes up rarely meant it was worth exploring. Thankfully, Lethe Press was interesting in publishing the anthology, of which I will always be grateful for. I wanted writers of different generations to write about the Filipino-Chinese experience filtered through a speculative fiction lens. I wanted them to explore themes that are taboo to talk about, stories that have — or don’t have, as the case may be — roots in our shared culture and how we reconcile with it.

Was it a success? I don’t know. At least, I say to myself, I gave those topics a voice, and I was able to publish talented writers. If there’s anything I learned writing this column, it’s that don’t take my word for it. I’m exploring the world, finding answers to the same questions you might be asking. 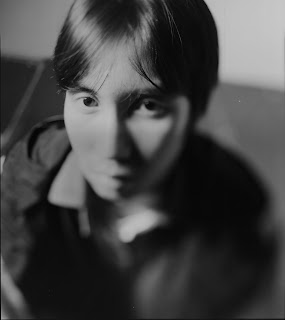 Charles Tan is the editor of Lauriat: A Filipino-Chinese Speculative Fiction Anthology, and the co-editor of Philippine Speculative Fiction Volume 9. His fiction has appeared in publications such as The Digest of Philippine Genre Stories, Philippine Speculative Fiction and the anthology The Dragon and the Stars (ed. by Derwin Mak and Eric Choi). He has contributed nonfiction to websites such as The Shirley Jackson Awards, Fantasy Magazine, The World SF Blog, and SF Signal. In 2009, he won the Last Drink Bird Head Award for International Activism. He is also a 2011, 2012, and 2013 World Fantasy finalist for the Special Award, Non-Professional category. You can visit his blog, Bibliophile Stalker.